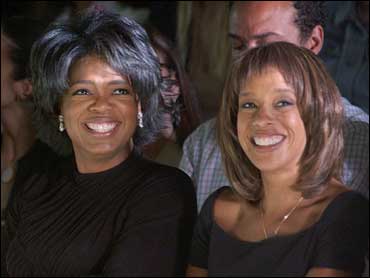 Oprah's best friend, Gayle King, opens up about the demise of her marriage on her XM Satellite Radio Show, the Daily News reported Tuesday.

King told guest Will Smith that she left her husband because he was cheating.

"I was married to a cheater," King told Smith, who revealed the secrets of his own happy marriage to Jada Pinkett Smith. "I went to marital counseling. I have been divorced since 1993, so I'm all healed and everything. I have worked it out. I'm not bitter. I'm OK. I'm really OK."

King told Smith that she has kept lines of communication with Bumpus open for the sake of their children who are both college-age, the Daily News report said.

"It's so important for people who have children together to get along," she said. "Regardless of how you feel about the other as a spouse, you still have these children to raise together."

Designing plant walls for home and office
Thanks for reading CBS NEWS.
Create your free account or log in
for more features.
View CBS News In
CBS News App Open
Chrome Safari Continue
Be the first to know
Get browser notifications for breaking news, live events, and exclusive reporting.