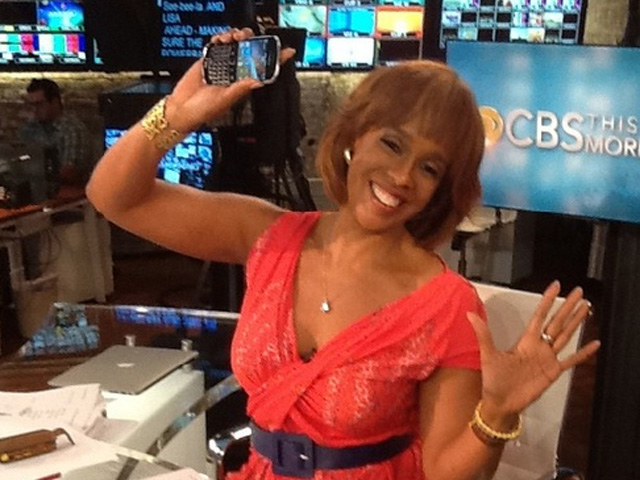 (CBS News) Few people were surprised to learn that like so many, Gayle King is addicted to her Blackberry.

But Thursday morning, the "CBS This Morning" co-host wielded her favorite tech toy to do more than just email. King, who tweets often on her personal Twitter account, took the reigns of the CTM Twitter account to take viewer questions and let them in on a few behind the scenes tidbits from the show.

Gayle shared photos of her checking in with CBS affiliate stations after the morning broadcast and answered questions about her team on the show, her daily jewelry choices, and took a question from feature contributor, Lee Woodruff.

Head to the "CTM" Twitter page to read her answers and be sure to follow "CBS This Morning," and co-hosts Gayle King, Charlie Rose, and Norah O'Donnell for news and story updates.