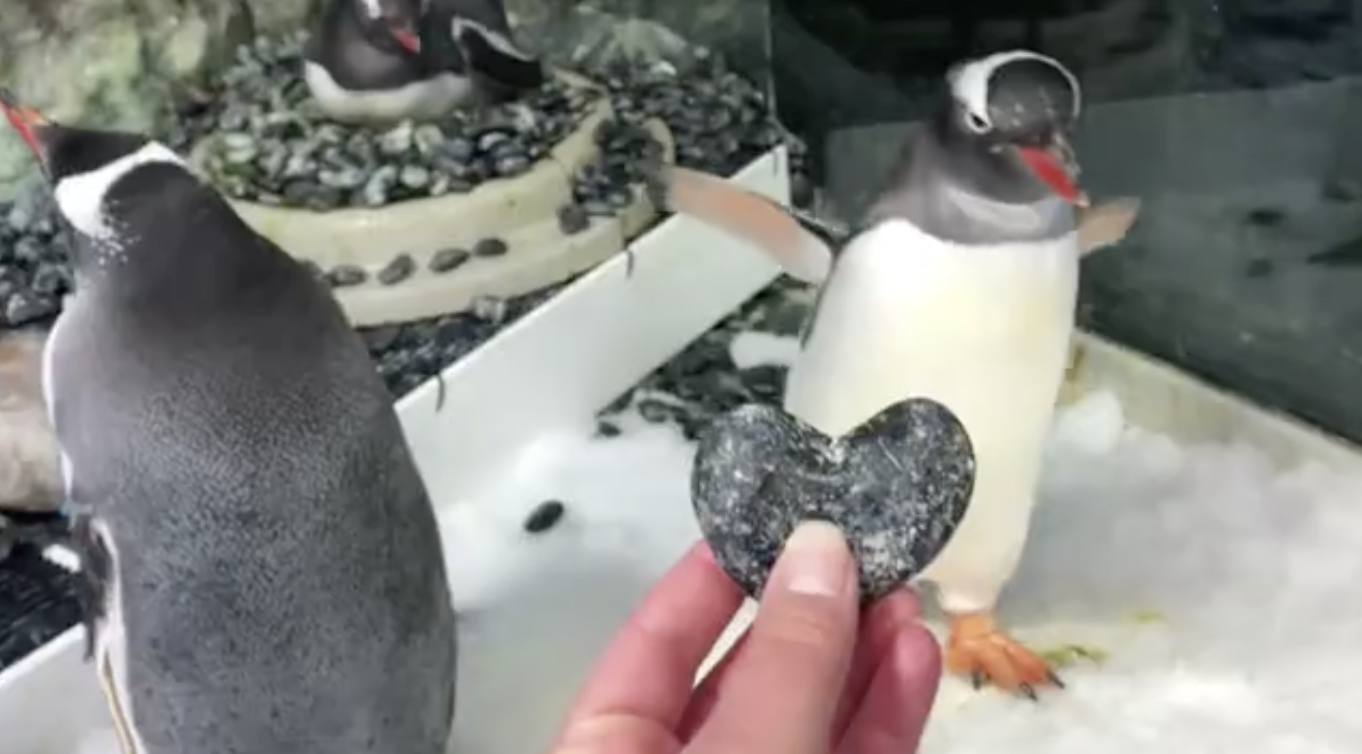 Sphen and Magic the penguins are known as "Sydney's hottest couple," according to Sea Life Sydney Aquarium, where the lovebirds live. Their "celebrity couple name" is Sphengic, and they are making headlines like any other famous pair.

The two male Gentoo penguins became close this breeding season, Sea Life Sydney Aquarium wrote on Facebook. While scientists might argue that "gay" is a cultural term that only applies to humans, same-sex pairings have been observed in the wild in hundreds of animal species. And Magic and Sphen are just the latest example capturing hearts across the globe.

"[They] are constantly seen waddling around and going for swims together in the Penguin Expedition," the aquarium wrote.

Sphen and Magic started collecting pebbles to create a nest and have more than any other couple, according to Sea Life's website. Sphen and Magic, however, had no egg. But since the couple is invested in the nesting process, the aquarium wanted to do something special for them.

"To ensure the couple were not excluded from the season, Magic and Sphen were given a dummy egg to allow them to practice incubating and develop their skills," the aquarium writes on its site. "They were absolute naturals and displayed great care for their egg, so much so, the team at Sea Life Sydney fostered a real egg to them from another couple who had two."

The couple swaps duties daily — one penguin incubates the egg, and the other patrols the perimeters of the nest to ward off danger.

The couple is working together on their parenting skills, the aquarium says on its website. "Whilst Sphen is older and is excellent at incubating, Magic is younger and still mastering his skill. The pair make a great team."

The aquarium says "love wins" at their penguin expedition.