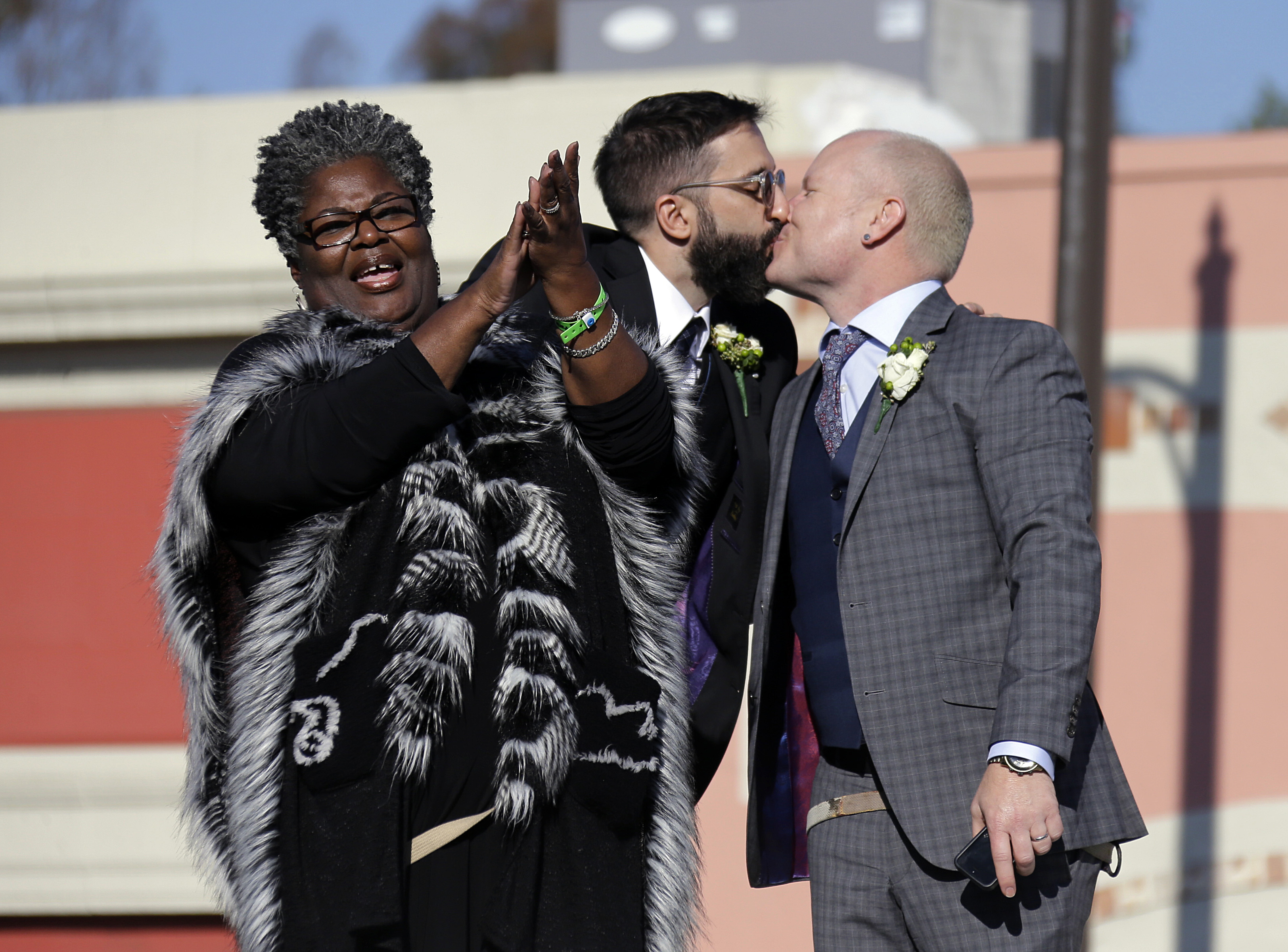 Throngs of spectators cheered as the men, dressed in dark suits, faced each other and held hands before the Rev. Alfreda Lanoix, who officiated the ceremony aboard the AIDS Healthcare Foundation float.

Days earlier, a San Diego woman launched a Facebook page urging people to boycott the 125th Rose Parade after learning of the couple's plans. But some like Jennifer Adair, who cheered along with her girlfriend, lined the streets just for this moment.

"We're a modern-day society, so accept it. Don't worry about what other people do," Adair told the Los Angeles Times.

The Pasadena Tournament of Roses, which puts on the parade, said the float represents this year's parade theme, "Dreams Come True."

Kevin Ferguson, who watched the couple pass by, said he supported their move despite opposition by some.

"You can't put a timetable on another person's freedom," Ferguson told the Times.

Loots and Leclair, who met across a crowded dance floor 12 years ago, own a small chain of hair salons. Their wedding came toward the end of the two-hour parade festivities.

"Instead of me throwing out the first pitch, let's start the parade," said Scully, who will toss the kickoff coin at the Rose Bowl match between Stanford and Michigan State.

One by one, flowered floats, exotic equestrians and brass bands marched along the 5 1/2-mile route.

A heavy police presence ringed this year's revelry in the aftermath of the Boston Marathon bombings. More than 1,100 officers patrolled the crowd. Bomb-sniffing dogs and a wide range of video surveillance also were used to detect suspicious behavior. No major incidents were reported.