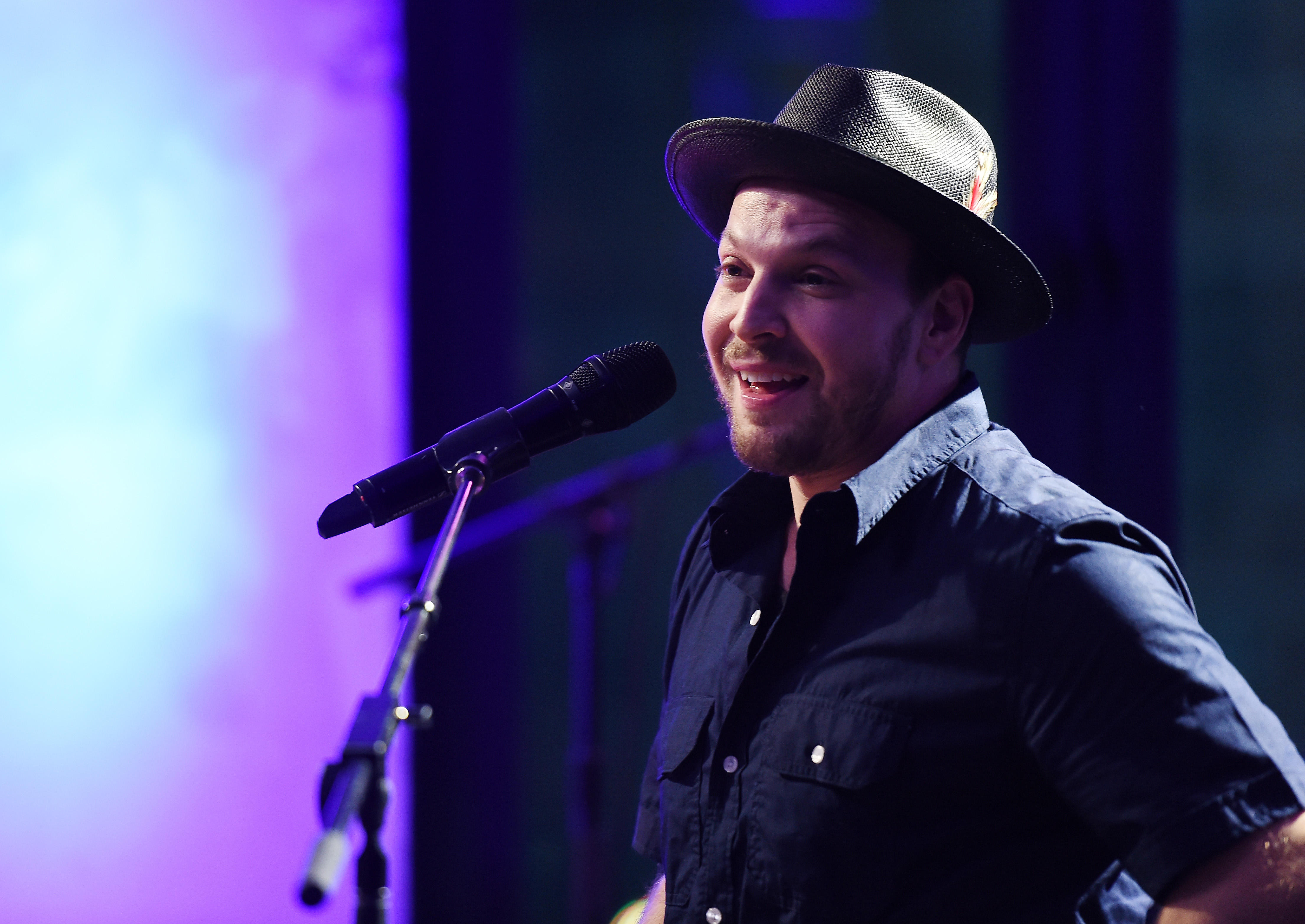 NEW YORK -- Gavin DeGraw made a quick pit stop during his North American tour to promote his fifth studio album, Something Worth Saving, Tuesday night to return to the city he still considers home: New York.

The artist, who first became a platinum selling singer with his 2003 breakout album, Chariot, which yielded the “One Tree Hill” fan favorite “I Don’t Want To Be,” played for a small audience on the legendary aircraft carrier of the Intrepid Sea, Air & Space Museum.

It was a first for DeGraw, and it was all thanks to Brian Kelly, founder of The Points Guy, a popular website for frequent fliers.

The pair serendipitously “met” on Twitter a few months prior, and Kelly decided to reach out to the musician in hopes he would perform at his second annual holiday bash. Since DeGraw travels for a living, the artist thought it was a natural fit.

“That’s the benefit of someone like Brian,” DeGraw told CBS News. “You gotta know somebody who can figure out the system, and he’s figured out a way to do it, so that’s why we’re here.”

DeGraw broke out his new single “She Sets The City On Fire” on stage, but soon returned to his roots, ending his performance with the classic “I Don’t Want To Be.”

Here’s what DeGraw had to say about his hectic travel schedule, his decade-long music career, how he’s spending the holidays and more.

Tell me a little bit about how you ended up performing here on the Intrepid tonight, and how you’re collaborating with The Point’s Guy, including the founder of the company, Brian Kelly.

I travel for a living. They thought it was a natural fit. With the amount of hotels we stay at and the amount of flights that we take...when we can’t take our tour bus somewhere we end up having to finagle as many points as we possibly can from all the expenses that we rack up over the course of our career. Finding the most appropriate way to take advantage of all that stuff. You’re looking to a system like Brian’s to make the best of your situation. How do we hook it up? That’s the benefit of someone like Brian. You gotta know somebody who can figure out the system, and he’s figured out a way to do it, so that’s why we’re here.

You’ve been traveling a lot. You’ve been on tour — a different state almost every night — does that get exhausting?

I’ve been on tour for the last few months with a good friend of mine named Andy Grammer. We’ve hit a bunch of cities in the United States in last couple months, performing with Shania Twian and Billy Joel, so really it’s been a whirlwind of cities and miles and points. That’s where it all kind of ties in together.

You’re from New York (South Fallsburg, New York, to be precise). What’s it like being back here?

I carved my teeth here in New York City with my music career. It’s kind of cool to come back here. I literally drove down my old street on my way over here from where my first apartment was where me and my brother lived together. It was small. This was like a box and it was a one bedroom; it was a very small one bedroom. My brother and I, we shared a bedroom. We had a very tiny living area and across the street was a school that I think, uhm, I think they were getting the kids ready to go to prison. It was like a rough school. When my brother moved to another place I kept that one and then I ended up living in that place with three other people. So it was like 4 of us in a one bedroom. It was rough. We were roughing it.

Music has now been your career for more than a decade. What’s it like thinking back on where you started to where you are now?

I was literally having a trip down memory lane on the drive over here. I drove past the cafe I used to sit in with my notepad and write songs. I used to sit on the corner. It used to be a coffee shop and now it’s a bar — on 49th and 9th. I was literally having a trip down memory lane. It was kind of blowing me away thinking, ‘Oh, wow, I’m actually going to play at the Intrepid, the museum.’” I don’t believe I’ve ever played here before. I’ve walked on here before, like I said, on a third grade field trip and I think I came here again when I was about 22 i walked on here I think I came to just look at it as an adult to kind of take it in again. But this is kind of more special for me, you know.

I’ve heard you say that your new album, Something Worth Saving, doesn’t really have a theme. You’re not one for themes. What songs on this album differ from your past albums?

I don’t have the attention span for that. Hopefully there are improvements upon the stuff I’ve been doing. Ever since I’ve put my first record out I’ve always been trying to outdo whatever that was. But before I even put my first record out I was just writing song after song after song trying to beat the last song. You’re always trying to beat the last song as a songwriter.

I’m looking at it more and more and more as a guy who grew up in New York than I ever used to think about it. I know a lot more about New York than most people so maybe I should really be writing more New York specific material. To give people a little bit of almost like a window into life as a New Yorker, not just life as me, Gavin DeGraw, but life as a New Yorker — what it’s like to be a New Yorker. That’s been crossing my mind. Stories that I could tell that would be very specific to this place that you would only know if you were here just to bring the listener into your world. You want them to feel like they’re part of your world.

Is there anything else coming up that you want your fans to know about?

Christmas is coming up, so I’m ready for that! I’m definitely doing a lot of traveling for the holidays. We’re going to be in so many cities over the next few weeks. We’ve been doing a lot of radio shows for the holidays. We’ll just literally be hopping on plane to plane to plane and hotel to hotel and I’ll be looking for something that feels better than home. Do you know what I mean? You always want something that you couldn’t even get at home.

Watch a portion of DeGraw’s performance at the Intrepid in the video below.