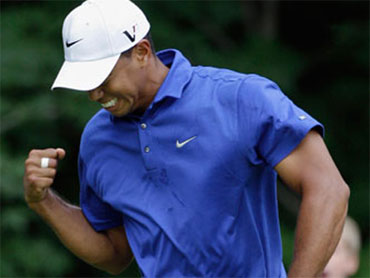 Add Gatorade to the list of endorsement deals that Tiger Woods has lost.

A spokesperson for the drink, sold by PepsiCo Inc., confirmed late Friday that it had ended its relationship with the golfer.

"We no longer see a role for Tiger in our marketing efforts and have ended our relationship," a Gatorade spokeswoman said. "We wish him all the best."

The spokewoman said Gatorade would continue its relationship with the Tiger Woods Foundation.

Gatorade discontinued its Tiger Woods-brand drinks in November, a decision made before Woods' marital problems and infidelities became known.

The decision from Gatorade caps another bad week in the Tiger Woods saga. Media coverage around Woods and his family has been intense since the Nov. 27 accident outside his home led to revelations that the world's No. 1 golfer had been cheating on his wife. Woods did not make his first public appearance until last week at the TPC Sawgrass clubhouse in Ponte Vedra Beach.

Woods made his public apology last week, which was then dissected, debated and pored over.

On Tuesday, Proctor & Gamble CEO Bob McDonald said he doesn't know whether Woods will ever appear in another Gillette commercial.

"He doesn't need to be distracted by us using his advertising, and we don't need the distraction of us using the advertising, either," McDonald told The Associated Press.

Asked if Woods will be in future advertising, McDonald replied: "I don't know ... we've got lots of great spokespeople."

Also on Tuesday, an Orlando television station reported Woods offered another apology, this time to parents of children at the preschool that his 2-year-old daughter attends.

WFTV reported on its Web site that it has obtained a letter that Woods and his wife, Elin, wrote to parents of children attending Premier Academy to apologize for increased media scrutiny around the school.

"We hope that the paparazzi will find something better to do with their time in the near future," the letter said.

Then his 13 1/2-minute apology was chopped up and reconfigured online, spreading in music and video through social networks and on the radio.

One offering is called "Ke$ha vs. Tiger I'm So Sorry (Blah, Blah, Blah)." Another features Robin Thicke's song "Sex Therapy" with Woods talking over still shots, including one of the media watching him spill it live on TV after a three-month silence.

Type "Tiger Woods remix" into a Twitter search and a steady stream of postings pop up with people talking about the mashups.

On Wednesday it came to light that People for the Ethical Treatment of Animals (PETA) planned to use Woods' likeness in a billboard advertising spaying and neutering cats.

A mock-up of the billboard appeared on the Orlando Sentinal's Web site, though it was reported Friday that PETA had backed off and decided not to run the ad.

The one bright spot for Woods this week may be news from Nike that they're sticking with him. A Nike executive said Thursday that the company is happy for Tiger Woods to stay away from golf for as long as he needs to sort out his private life.

The U.S. sports outfitter's $650 million golf sector has been one of the hardest-hit segments of its business but brand president Charlie Denson said he does not want to see Woods back in action until he is ready.

Nike, Inc., based in Beaverton, Oregon is a long-term sponsor of Woods and is standing by the top-ranked golfer despite the damage done to his image by the high-profile infidelities he publicly apologized for last week.