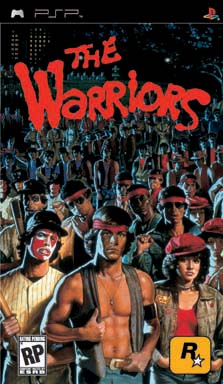 It's estimated that 140,000 people had this procedure in 2004, with the number expected to grow even higher this year. And for the majority of patients, this surgery is a lifesaver, but not for all, reports The Early Show correspondent Melinda Murphys.

Like many people who seek out this surgery, Dave Weindel had been morbidly obese for most of his life. So he was eager to have surgery to help him lose weight, get healthy, and live longer to watch his four young children grow.

Christy Weindel lost her father when she was 12 years old. Dave Weindel died three weeks after having gastric bypass surgery.

"I had to come home and had to tell the kids that their dad died. Was very, very hard," says, Cathy Weindel. According to Weindel's wife, it wasn't supposed to turn out this way.

She says, "Well, they told us it was major surgery. But they said, 'You know, you're going to be home in three days.' "

Weindel's surgery was July 17, 1998. His stomach was reduced to the size of an egg and his intestines were re-routed. The surgeon told Cathy Weindel the operation went well. But within days, Weindel's health worsened.

He was transferred to a second hospital, where a CT scan revealed a large abscess. Weindel was treated, but his health continued to decline.

Cathy Weindel says she thinks her husband knew what was happening to him.

"I still remember, and I still see this in my mind," she says very emotionally. "When they're shutting everything down and there was nothing else they could do. I was talking to him. And I saw a tear come out of his eye. And, I mean, it still stays with me."

Dave Weindel died three weeks after his surgery. He was 38. The official cause of death: abscess, pneumonia and a pulmonary embolism.

Was Dave Weindel's case a complete anomaly? Not really.

A recent study by researchers at the University of Washington found that 1 in 50 people die within one month of having gastric bypass surgery, and that figure jumps nearly fivefold if the surgeon is inexperienced.

Attorney Herman Praszkier says, "You want to know, basically, as much information about the surgeon's background as you can. Anyone who evades your question, get up and walk out."

Praszkier represented Cathy Weindel in her lawsuit against her husband's surgeon and the hospital. It was settled days into the trial and was the first of a dozen gastric bypass malpractice cases he's handled.

Praszkier explains, "The most common problem in bariatric surgery in the cases I take (which are only death cases) is that the post-operative care was insufficient."

Nora Malone is Praszkier's most recent client. She tried to talk her husband, Ron, out of the surgery.

Nora Malone met her husband when he was a naval officer stationed in the Philippines in 1973. They had three daughters.

Their daughter. Liberty. says, "When they went to talk to the doctors, they came back thinking it was a good thing. You know, he'd get off his high blood pressure medicine, his diabetes medicine."

But days after the surgery, Ron Malone became very ill. Doctors told his family there was a leak - and operated again. He didn't improve.

Nora Malone recalls, "And I said, 'I think you have to do something, doctor.' And he said, 'Mrs. Malone, trust me, your husband is OK.' "

On Dec. 9, 2003, Ron Malone died during his third surgery. The official cause of death: cardiac arrest. More accurately, Malone died from complications of gastric bypass surgery.

Dr. Harvey Sugerman says, "There is a risk of a leak following gastric bypass that can be fatal."

Dr. Sugerman is a retired bariatric surgeon and the president of the American Society for Bariatric Surgery (ASBS). He says early diagnosis of a problem is the key.

"I think some doctors got into it without adequate training and experience and felt that they could do this," Dr. Sugerman says, "The ASBS is very concerned about deaths after obesity surgery. And we are doing everything we can to improve quality care by establishing the Center of Excellence program."

This program will have stringent guidelines that must be met in order for a bariatric surgery facility to be called, "a Center of Excellence." When the program launches in June, information will be posted on a Web site to help patients find quality doctors and hospitals. Unfortunately, it comes too late for Ron Malone.

And too late for Dave Weindel, whose wife no longer believes in the surgery.

"I don't think it's worth it," Cathy Weindel says "It tears your family apart."

Like these stories, the other finding in the University of Washington study is that men are more likely to die than women. However, the study did find that if a patient survived more than a year after the surgery, then the benefits to their long-term health far outweigh the risks of the procedure.

So what can a patient considering this surgery do to stay safe?

Evaluate the center/hospital where you are having the surgery. Ask the surgeon doing the operation how many procedures have they done, what's their complication rate and what's their mortality rate. And ask what steps will be taken if a complication occurs.