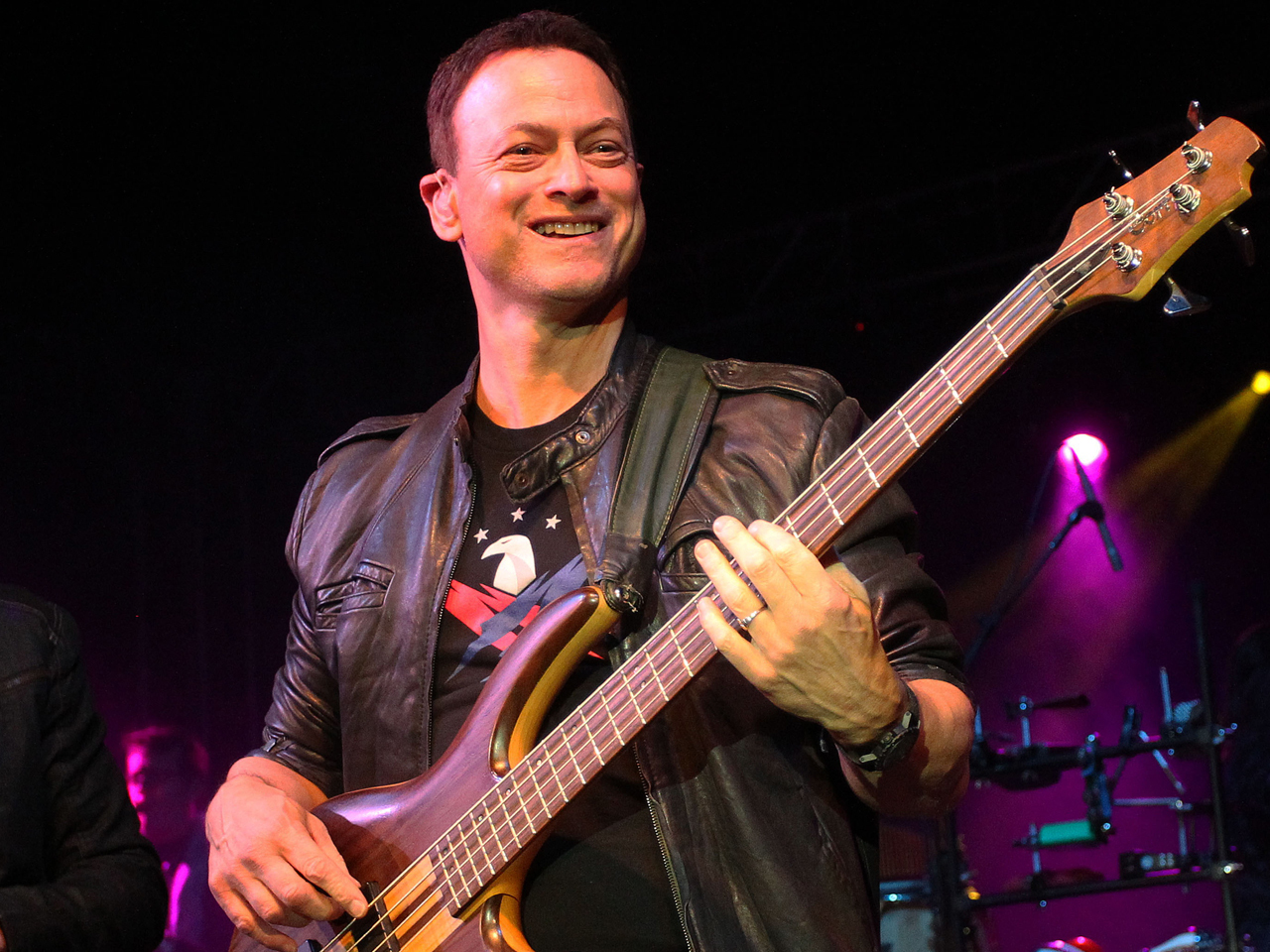 Gary Sinise knew his time on "CSI: NY" wouldn't last forever. The actor, who portrayed Detective Mac Taylor on the CBS crime series from 2004-2013, said he had a good run on the show, but with the series ending this year, he's pursuing another one of his passions.

"As somebody who was looking ahead to a time when I might not have a television series and my daily schedule would be affected by that, I wanted to make sure I had something in place," Sinise told CBSNews.com.

That's why -- two years ago on June 30, 2011 -- the 58-year-old actor started The Gary Sinise Foundation, an organization that develops programs designed to entertain, educate, inspire, strengthen and build veteran, military and first-responder communities.

"We're trying to keep the veteran community strong and know that they're appreciated," said Sinise.

Sinise had deep-seeded roots with military men and women that only grew stronger when he portrayed the Oscar-nominated role of Lt. Dan Taylor in "Forrest Gump." Next year will mark 20 years since the movie starring Tom Hanks hit the big screen.

"It's a little hard to believe that it was so long ago because that movie is constantly on television. People are constantly telling me they watched it last night, or they saw it again...It seems like quite a classic that just lives on," said the Golden Globe and Emmy Award-winning actor. "And certainly I realized very, very early on what I was doing for our veterans -- that the character of Lt. Dan was kind of bigger than just a funny character in a movie. The character represents something to our military community, and certainly to our wounded warriors, as a story of resilience as someone who goes through a catastrophic injury but comes up on top in the end. He's standing up again. He's moving on with his life...It's a really good story and I just realized quite some time ago, when I started working so passionately with so many veteran organizations, that they embraced that character. It was something that meant something to them and it was something that I was going to have to get used to."

Sinise simply didn't just "get used to" the Lt. Dan moniker and association; he's really made a name for himself in the veteran and military communities. After 9/11, he worked closely with the New York City Fire Department. He then called the USO and "begged them" to send him on a tour. Soon after that, in 2003, Sinise found himself in Iraq, Italy and Germany, visiting hospitals and military bases. He signed autographs, took pictures and offered words of encouragement.

But Sinise didn't stop there. After seeing musicians such as Kid Rock perform for military members, Sinise decided he wanted to do that, too. "I had musicians I'd play with for fun. I play bass. And I convinced the USO to let me take them on a tour," said Sinise. His first stop? Korea in 2004. "I called it the Lt. Dan Band because all the troops were calling me that all the time. So I kind of went with it," said Sinise.

Now Sinise and his band perform between 40 and 50 concerts a year. "I don't make a cent from it," Sinise said. "Any money that the band happens to make -- and it's not that much -- goes into a fund and helps support the charitable work that the band does."

He kept up the military work throughout his stint on "CSI: NY," and during that time he also poured his efforts into creating his own foundation. "It became clear 2 or 3 years ago having been involved with so many military charities through the years...what was in the cards for me was to start my own military support foundation," said Sinise.

Among his group's initiatives is one that builds "Smart Homes" for seriously wounded veterans.

"If you're missing three or four limbs, you have special challenges going forward. And the last thing you want is to not be independent in your home," said Sinise. "So many of these warriors are either in apartments or in a home that's not specifically designed for a wheelchair or somebody who's missing all four limbs. So, we go in there and we design these smart-technology homes that are specifically adapted to make life more manageable for the individual warriors that we're building homes for...So they're not totally dependent on somebody doing everything for them -- we've got elevators in these homes. If you're in a wheelchair, we have iPads that run these things...We give them a fighting chance."

Since starting the foundation, Sinise and his team have either completed or started work on 26 homes.

Sinise credits the steady work on "CSI: NY" for helping him get where he is today with the Gary Sinise Foundation. Despite all his years in the acting business, it was the first time he ever had a "steady" gig.

"It made a lot of things possible for me," said Sinise, who has appeared in the films "Ransom," "The Green Mile," "Apollo 13" and "Reindeer Games." "I never thought I'd have the financial resources to do a lot of good things on this level, but it gave me that. It gave me stability as an actor. I didn't have to worry about what my job was. And I could do a lot of good things. It allowed me to start my own foundation. It allowed me to do things with music that has been very beneficial to folks."

Ever since CBS decided to not renew "CSI: NY," Sinise has had some time to reflect on his time on the show. "It was a great nine years," he said. "In the beginning, I didn't know how I'd feel about doing a show over a long time period of time. But unless you have a long-running series, most actors just go job to job if you're lucky to keep working. You just do a movie or a play or a TV thing, and it's over at some point. This was the first time in my life as an actor or an entertainment person -- aside from being the artistic director of Steppenwolf [Theatre Company] for a period about seven years, this is the first time in my life that I've had a steady job...And it was a great, wonderful group of people to work with over a nine-year period. Will I miss it? Yeah, but I knew it would come to an end at some point. After doing it for five years, getting another four years out of it was all gravy and icing on the cake. So I'm very grateful we had the time together on that."

So, what's next for Sinise? Last month, he had a "nice meeting" with his agents, where they spoke about future projects.

"If I'm lucky, I'll keep working," he said. "I'm going to be very busy for the rest of the year with the Gary Sinise Foundation."