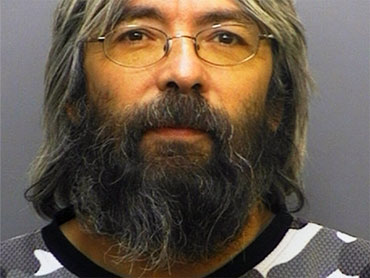 DENVER (CBS/AP) Gary Brooks Faulkner, the middle aged American who traveled to Pakistan on a Rambo-type solo mission to hunt down Osama bin Laden, is being released by the Pakistani government without charges, according to a relative.

Faulkner, of Greeley, Colorado, was detained June 13 in the woods of northern Pakistan after being found with a pistol, a sword and night-vision equipment. The 50-year-old told officials he was out to kill the al-Qaida leader.

Faulkner was then moved to Islamabad, and a relative told The Associated Press on Tuesday that he was being released to American authorities there and would return to the U.S. "very soon."

The relative didn't want to be identified because a family-designated spokesman hadn't yet confirmed the release. Faulkner's brother told AP he'd heard the news of the release plans but wasn't ready to comment.

Faulkner is an out-of-work construction worker who sold his tools to finance six trips on what relatives have called a Rambo-type mission to kill or capture bin Laden. He grew his hair and beard long to fit in better.

His brother, Scott Faulkner, told reporters last week that Gary wasn't crazy, just a man determined to find the terrorist America's military has failed to capture nearly a decade after the Sept. 11, 2001 terror attacks in the United States.

"Is it out the norm? Yes it is. But is it crazy? No," Scott Faulkner said. "If he wore a uniform and called himself special ops, would he be crazy?"