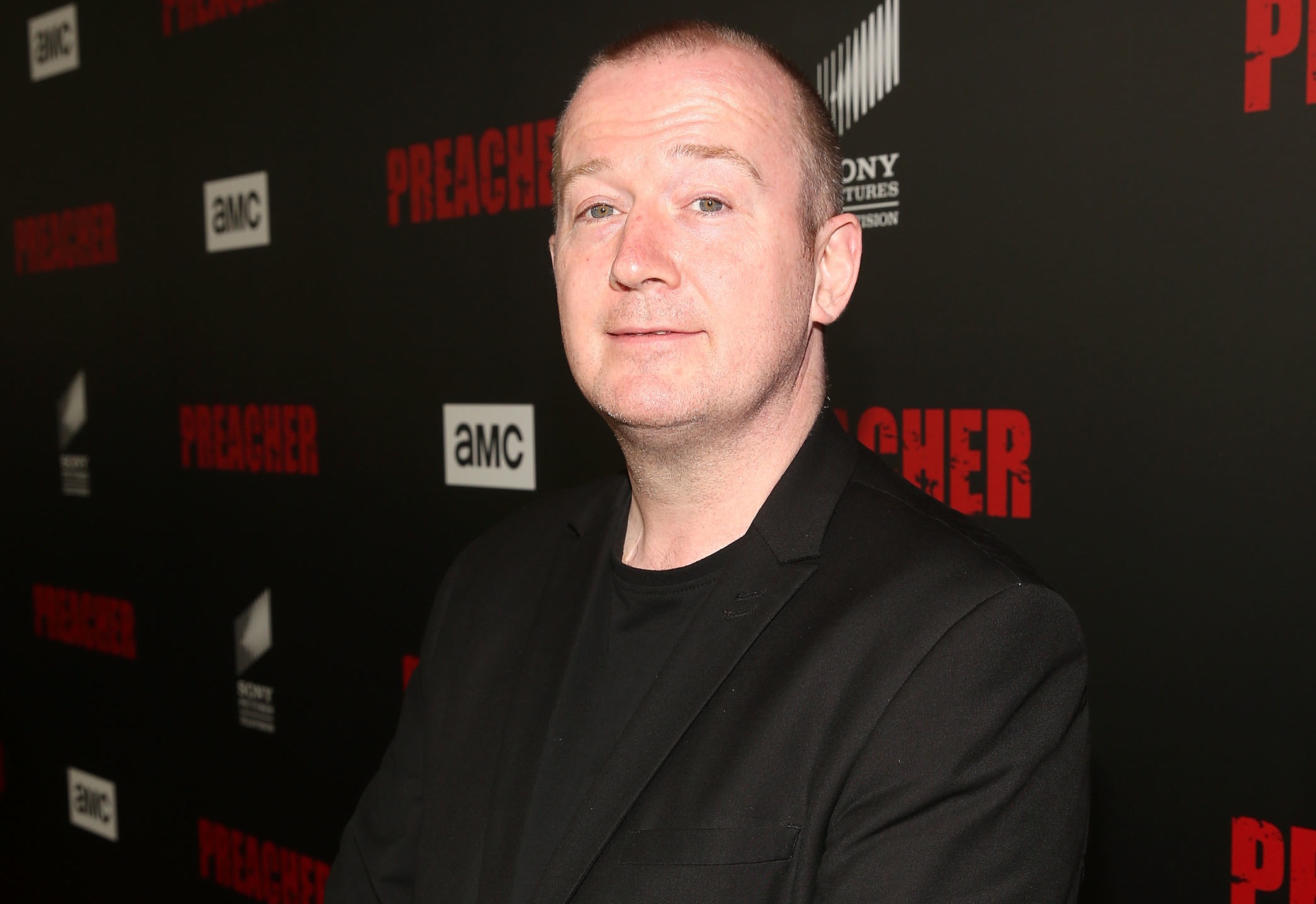 When Garth Ennis first started writing "Preacher" for Vertigo Comics in the early 1990s, he had no idea it would go on to influence comics creators for years to come. Actually, he's still not so sure about that. But he is pleased with the work Seth Rogen and Evan Goldberg have done adapting it to the small screen.

Ennis spoke with CBS News about the adaptation process, what he owes "The Walking Dead" and why everyone learned the wrong lessons from Alan Moore's "Watchmen."

As the property's creator, what are you thoughts of the show, adaptation-wise?

Well, short answer is I'm delighted with it. I like how they've grounded the story. Essentially the problem is, if you took "Preacher" and put it on the screen as it stands, not only would the thing be almost unwatchable, overloaded with incredible characters and ghastly situations, but you'd run out material inside a season and a half. And of course, they want it to last much longer than that.

Translating the tone of the comic to television must have been particularly challenging.

From the beginning I said that my No. 1 concern was that they keep the spirit, and I think that is what they've done. I was shown the outline, the scripts, the dailies and the cut-together episodes, and I've given notes at every stage, but I have to say the more time goes by and the more I see, the more inclined I am to back off and simply leave them to it.

"Preacher" is a strange beast. I wrote it very early on in my career, so the pacing and the structure of it are extremely dissimilar to the way I write today. "Preacher" was a largely instinctive exercise. I took a bit from here and a bit from there and I glued them together, I hoped it would work. I was about 18 months into it before I realized, "Ah, I know where this goes, I know how it ends."

Seth Rogen and Evan Goldberg are adapting your comic "The Boys" next. What is it about them that makes them right for tackling your material?

On the one hand, they seem to have an instinctive feel for it. This is their kind of material; it sparks them up. The first time I went to see "Superbad," not knowing much about their work, I was about 30 seconds in and I thought, "Oh, I'm in good hands here." They proceed on instinct, but I think also they have the smarts to choose someone -- in the case of "Preacher" -- like Sam Catlin who will deal with the nuts and bolts of the story and who they can work with to see their vision through to completion.

This comic's publication in 1994 seems like a turning point in the industry. Do you sense how it influenced the comics world since?

At the time, there was a real sense of treading on uncharted ground. Certainly no one else was doing anything like it in comics, so there was a good deal of groping in the dark. Comics up to that point, until the mid-80s, had effectively been juvenalia, so that was the point of Vertigo, to be able to do material like that in mainstream comics. As the influence it's had since, that's harder for me to say. I feel that the material that inspired Vertigo back then has been to an extent cordoned off and forgotten -- perhaps not forgotten, but it's been put on its reservation.

Alan Moore's work on "Watchmen" and "Miracleman" -- that should have written the end of the superhero. But they've essentially been shoved off to the side and superheroes have continued like a juggernaut. I don't really read a lot of comic books and it's because of that domination of the superhero. If I was to talk about "Preacher"'s influence, I can kind of see that in "Y: The Last Man" by Brian Vaughn. Beyond that, I would find it hard to trace "Preacher"'s exact influence.

What about "The Walking Dead"?