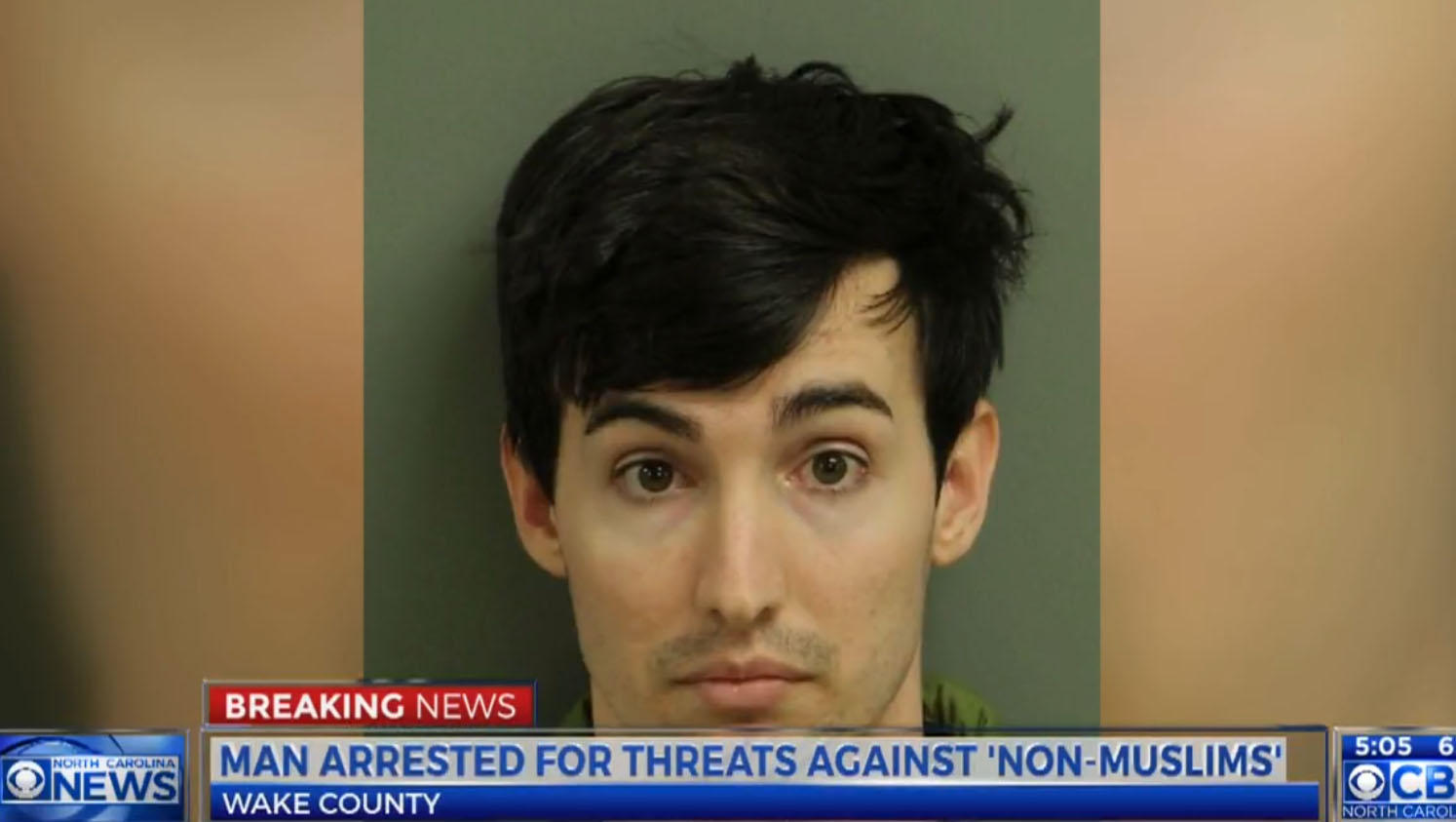 The U.S. Attorney’s Office for the Eastern District said 27-year-old Garrett Grimsley, of the Raleigh suburb of Cary, appeared before a magistrate on Tuesday.

In a private message, a witness says Grimsley said “For too long the [non-Muslims] have spit in our faces and trampled our rights. This cannot continue. I cannot speak of anything. Say your [prayers], sleep, and watch the news tomorrow. It will only be the beginning…”

The FBI tracked the Whisper posting and zeroed in on Grimsely in a Cary apartment complex. Federal prosecutors say in the affidavit a search of his home turned up an AK-47, four 30-round magazines and approximately 340 rounds of ammunition.

According to the affidavit, Grismley had posted a video on his computer called “Soldiers of Allah.” Grimsley  also allegedly wrote, “the FBI will understand I was only reading [an ISIS magazine] for the pictures, right?”

In the affidavit, federal prosecutors say they uncovered private Facebook messages between Grimsley and a person described only as “Tim Tam” indicating they were both aware of the Whisper posts and that they were both expecting Grimsley to get “raided” by law enforcement.

One message read, “Holy [expletive] I’m actually going to get raided.” Grimsley then allegedly attempted to encrypt his hard drive. When law enforcement searched his computer, the drive was 63 percent encrypted, the affidavit said.

If convicted, Grimsley faces a maximum of five years in prison and a $250,000 fine. Cary Police have also charged him with cyber stalking, reports CBS affiliate WNCN.

Grimsley was charged with transmitting a threat to injure a person. Despite the writings apparently leaning towards radical Islam and violence, the FBI told CBS News they have not found an indication that  Grimsley was linked to any terror group.