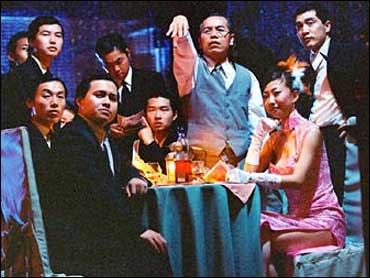 Last June, Mark Gardner was the winning pitcher in the first interleague game ever as San Francisco beat Texas. On Sunday, he once again had his way with the Rangers.

Gardner pitched a three-hitter and J.T. Snow hit a grand slam and drove in five runs, giving San Francisco a 7-0 victory over Texas.

Gardner (7-3) gave up a ground-ball single to Tom Goodwin leading off the fourth. He allowed nothing else until Kevin Elster's two-out single in the eighth, walking none and striking out five.

In three interleague starts against the Rangers, Gardner is 2-0 with a 1.50 ERA.

"When you bring them to our park, it equalizes things a little bit," said Gardner, who pitched the Giants past the Rangers 4-3 at Texas last June 12.

"But I think every pitcher should still be intimidated by them. Great teams demand that you should bear down," he said.

"If you shut down this team on three hits, you're doing something," Clark said.

Snow, who hit three grand slams while playing for the California Angels, hit his first NL slam in the second inning off Aaron Sele (11-5). The home run was Snow's seventh of the season and 100th of his career.

The Giants took a 3-0 lead in the first on a two-run single by Charlie Hayes and sacrifice fly by Snow.

Sele walked Hayes and Darryl Hamilton and gave up a one-out single in the second to load the bases. Snow sliced an opposite-field home run over the fence in left for a 7-0 lead.

Sele missed out on his bid to become the AL's first 12-game winner. He lasted five innings and gave up six hits, walking four and striking out seven. In his last seven starts, Sele is 3-3 with a 7.52 ERA.

Oates was more to the point.

"Here's a guy who's got 11 wins and is among the leaders in the league," Oates said. "I find no fault with Aaron Sele's pitching."

Mark McLemore was the only other Ranger to get on base, reaching on an error by shortstop Rey Sanchez in the seventh.

Notes: Giants shortstop Rich Aurilia was out of the lineup with a slight groin strain, but was available for pinch-hit duty. ... Snow had his second career five-RBI game. The other was Aug. 4, 1997 against Cincinnati. ... Sele has given up at least five earned runs in four of his last seven starts. ... Sele lost for the first time in three interleague starts. He has wins over Colorado and Arizona. ... Gardner's other two-hit shutout came last Aug. 8 against Montreal. ... Texas' Rick Helling also has 11 wins.