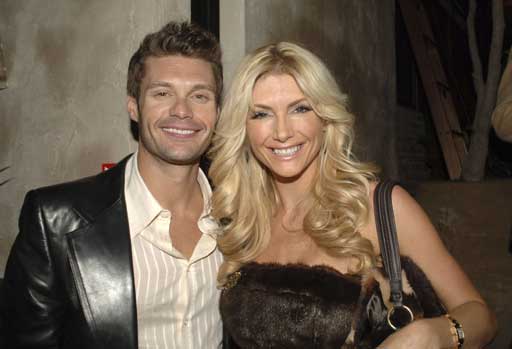 "I don't worry about it," said Garciaparra, 2-for-3 in the Boston Red Sox's 9-4 victory over Florida on Saturday night. "The stats and the numbers don't mean anything. I'm only interested in the ring."

Garciaparra, who also walked and was hit by a pitch, is hitting .407 with four homers, 21 runs and 14 RBIs during the streak.

The streak is tied for the second-longest in the majors this season, one behind Larry Walker's string for Colorado.

"He's certainly swinging the bat well," Boston manager Jimmy Williams said. "He's getting some hits and getting on base."

Garciaparra had reached base in eight consecutive plate appearances against the Marlins before a fly out in the eighth inning.

"You keep trying to pump those guys like Valentin and Garciaparra with fastball after fastball and they'll do just what they did," Leyland said. "They'll hit shot after shot on you."

Wakefield came into the game with an 0-2 record and an 8.25 ERA in three lifetime starts against the Marlins. With the recent wholesale changes in their roster, however, only Edgar Renteria and Gregg Zaun had ever faced the knuckleballer while with Florida.

The Red Sox opened the game with consecutive singles by Darren Lewis, Valentin and Garciaparra for a run. Troy O'Leary added a sacrifice fly for a 2-0 lead.

Mark Kotsay hit a solo homer in the Marlins first.

Boston extended the advantage to 4-1 in the fourth on Benjamin's two-run double. Craig Counsell hit an RBI single in the bottom half.

Garciaparra opened the fifth with a single. Boston loaded the bases as the next two batters, Damon Buford and O'Leary, each hit popups that dropped safely when the Marlins lost them in the lights.

The Red Sox scored three times in the inning on a hit batter, a walk and Lewis' RBI single for a 7-2 lead.

Notes: Mo Vaughn, who had started every previous Red Sox game, sat out because of a strained right hamstring that was aggravated while running out an infield hit Friday. Vaughn, the only Red Sox player to appear in every game, was replaced at first base by Reggie Jefferson. ... Jefferson had an eventful evening. He made two errors in the field and also singled and doubled. He was later hit in the head by Sanchez's pitch and removed from the game. X-rays were negative. ... The Marlins announced during the game that the 31,212 ans would be allowed to exchange ticket stubs for tickets of equal value at any game remaining on the team's home schedule. ... Florida's Todd Zeile was walked four times to equal a team record. 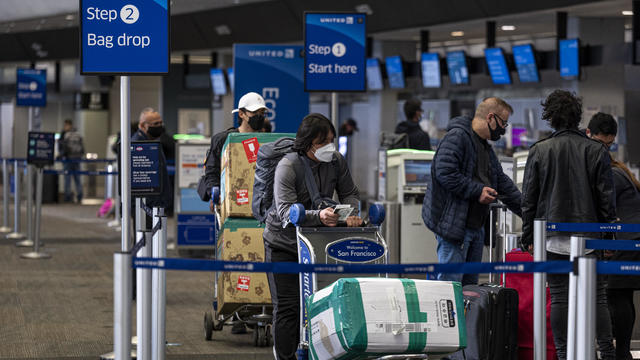 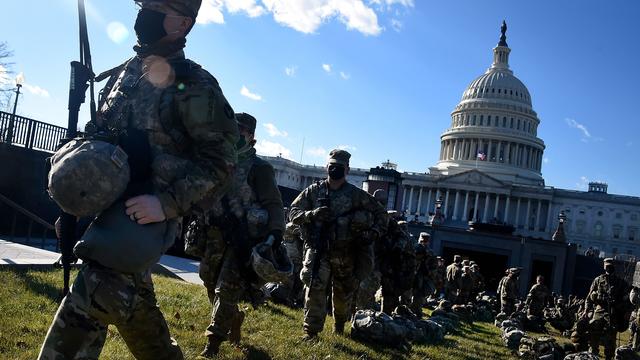 Watch Live: Officials give update on National Guard in D.C.

One-fifth of the 25,000 troops sent to the capital in the wake of a violet riot at the Capitol will remain until March. 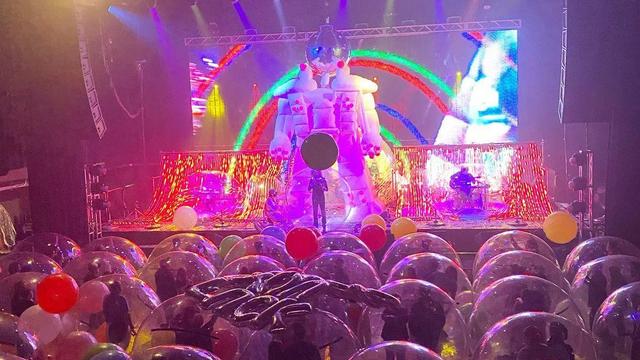 The band was able to pull off a packed concert with a unique, futuristic solution.

Five people, including a pregnant woman, were shot to death inside a home in Indianapolis.

The review comes after a bombshell report from the New York Times detailed a plan under which former President Donald Trump weighed firing the acting attorney general.