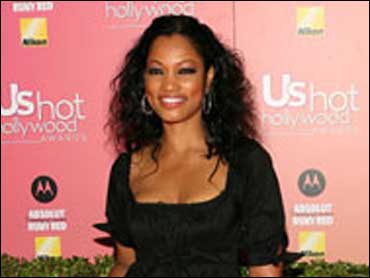 What do Tiger Woods, Jesse James and CAA agent Mike Nilon have in common?

According to "NYPD Blue" actress Garcelle Beauvais-Nilon, it's cheating on their wives.

The New York Post reports that the beautiful actress decided to take her frustrations out via email to accuse her husband, CAA agent Mike Nilon, of cheating.

The paper says Beauvais-Nilon sent out an email to her husband's colleagues with the subject line, "Tiger Woods/Jesse James/Mike Nilon, What do they have in common... I found out today that MY husband of almost 9 yrs has been having an affair for 5 yrs with some slut in Chicago. I am devastated!!!! And I have been duped!! Our boys don't deserve this!"

The couple has 2-year-old twin sons, Jax and Jaid.

Will the Haitian beauty join a possible "Ex-Wives Club" with Elin Nordegren and Sandra Bullock? No word yet from Beauvais-Nilon's camp, but if she does, her husband's friends better watch their inboxes.

The couple did not respond to the New York Post's interview requests, neither did CAA.