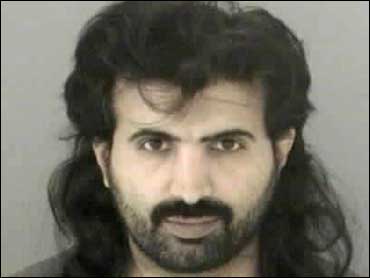 
The latest declaration from our federal courts about the rights of terror detainees will be neither the last nor the most important reminder that the Bush administration's willy-nilly approach to terrorism law has generated a doctrinal and practical mess of things over the past 5 1/2 years.

The legal chaos we now have over the rights of so-called "enemy combatants" — here at home, abroad at Guantanamo Bay, and anywhere and everywhere else they may be secreted away — is sadly and simply what you get when a government tries over many years to treat similarly situated men differently (or to treat differently situated men equally) under the color of law.

Last week it was two military judges throwing out Gitmo cases because of legitimate and eminently avoidable definitional discrepancies. On Monday, it was two federal appeals court judges declaring that resident aliens — terror suspects — still may have some right to defend themselves in our civilian courts. Next week or next month it will be another series of judges scratching their heads and rejecting a Justice Department terror-law argument, or a half-baked legislative initiative, that just doesn't add up.

Because of fortune and fate and docket sequences, Ali Saleh Kahlah al-Marri is not likely to join Yaser Esam Hamdi, Jose Padilla and Salim Ahmed Hamdan among the list of infamous "enemy combatants" who have and who (in Padilla's case) continue to have an influence on post-9/11 American law. Even if the Justice Department prevails in bringing the case before the full panel of judges of the 4th U.S. Circuit Court of Appeals, and even if the whole shebang ultimately ends up at the U.S. Supreme Court, the al-Marri case has so many legal "outs" along the way that it's hard to fathom it will ever force the justices to again cogitate over the meaning of the president's war powers.

Here are the facts behind the al-Marri ruling: After the Twin Towers fell, the guy was arrested as a material witness here in the States, where he was residing lawfully as a foreign student. He was charged with various terror-related crimes. Two years later, in June 2003, as the criminal trial is proceeding, the Bush administration pulled the rug out from under the federal prosecution and unilaterally put al-Marri on ice as a designated "enemy combatant." Why? Because the president said so, which was enough to keep al-Marri from communicating with his wife or anyone else for 16 months after he was locked in a military brig.

Finally, in September 2004, the federal government offered up a more thorough rationale for al-Marri's confinement in the form of an affidavit by a government bureaucrat familiar with al-Marri's case. The allegations contained in the affidavit are serious and quite familiar — in fact they read almost exactly like the allegations contained in the indictments of another fellow arrested here in the States and tagged as al Qaeda; a fellow by the name of Zacarias Moussauoi. Unlike Moussaoui, however, al-Marri denies he is al Qaeda. Also unlike Moussaoui, the feds are reluctant for some reason to test their claims against al-Marri in a court of law.

First, the feds argued that al-Marri was not entitled to any sort of help from the federal courts because he was properly classified as an "enemy combatant" by the president in the lawful use of his broad war powers as chief executive. Then, when the Supreme Court seemed to foreclose parts of that argument in its Hamdi, Padilla and Hamdan rulings, the feds trotted out the Military Commissions Act of 2006 as proof that Congress itself intended to block guys like al-Marri (as well as the Gitmo detainees, of course) from having access to federal courts before they were tried and condemned. On Monday, a divided 4th Circuit panel declined to buy into this argument.

Congress never intended the Military Commissions Act to preclude guys like al-Marri from reaching out to the federal courts when detained and classified as "enemy combatants" by the executive branch, two of three judges ruled. And even if it had, such an effort would have been unconstitutional. Moreover, the majority declared, President Bush's designation alone, without proof, was insufficient to justify the "combatant" tag upon al-Marri in the first place. The feds themselves say that al-Marri is more like a terrorist than a soldier, the judges noted, so they shouldn't complain when he asks to be treated like one — at least for the purpose of getting before a judge.

The ruling is 86 pages long and probably generates 86 separate ways for lawyers and politicians to "fix" it should they choose to do so. The feds can charge al-Marri and head us all out for another Padilla-like ride through the intersection of Intelligence Gathering and Law Enforcement. Or the politicians can change the Commissions Act to make it consistent with the Constitution. Or the lawyers could tweak the military rules and try to get al-Marri into no-judge-land that way. Theoretically, even, the president can "pull a Hamdi" (as we terror law geeks like to say) and simply let the guy go free. (Hamdi now apparently is living la vida loca ("the crazy life") following his famous years of confinement as the prototype "enemy combatant.")

So these nincompoops — and by nincompoops I mean all of the lawyers and judges and politicians and military officials who have generated this layered legal mess — can continue to fight it out, one case at a time, based upon the sorts of Band-Aid solutions we got from the folks who gave us the Military Commissions Act. If that happens, we'll all probably be talking together in a year or so about how the hundreds of men at Gitmo are still there, still awaiting their military trials.

Or these leading lights can concentrate their pretty little minds upon solving once and for all the problem of the detainees — by creating a comprehensive series of rules that are fair and uniform and that are not cobbled together in back-room deals on Capitol Hill. We need a scheme here that rationally differentiates (or doesn't) between the Moussaouis and the al-Marris and the Padillas and the Hamdis and the Hamdens and the Mohammeds of the world. That would be the right thing to do. But you and al-Marri both shouldn't hold your breath waiting for it to happen. Neither will our federal judges.