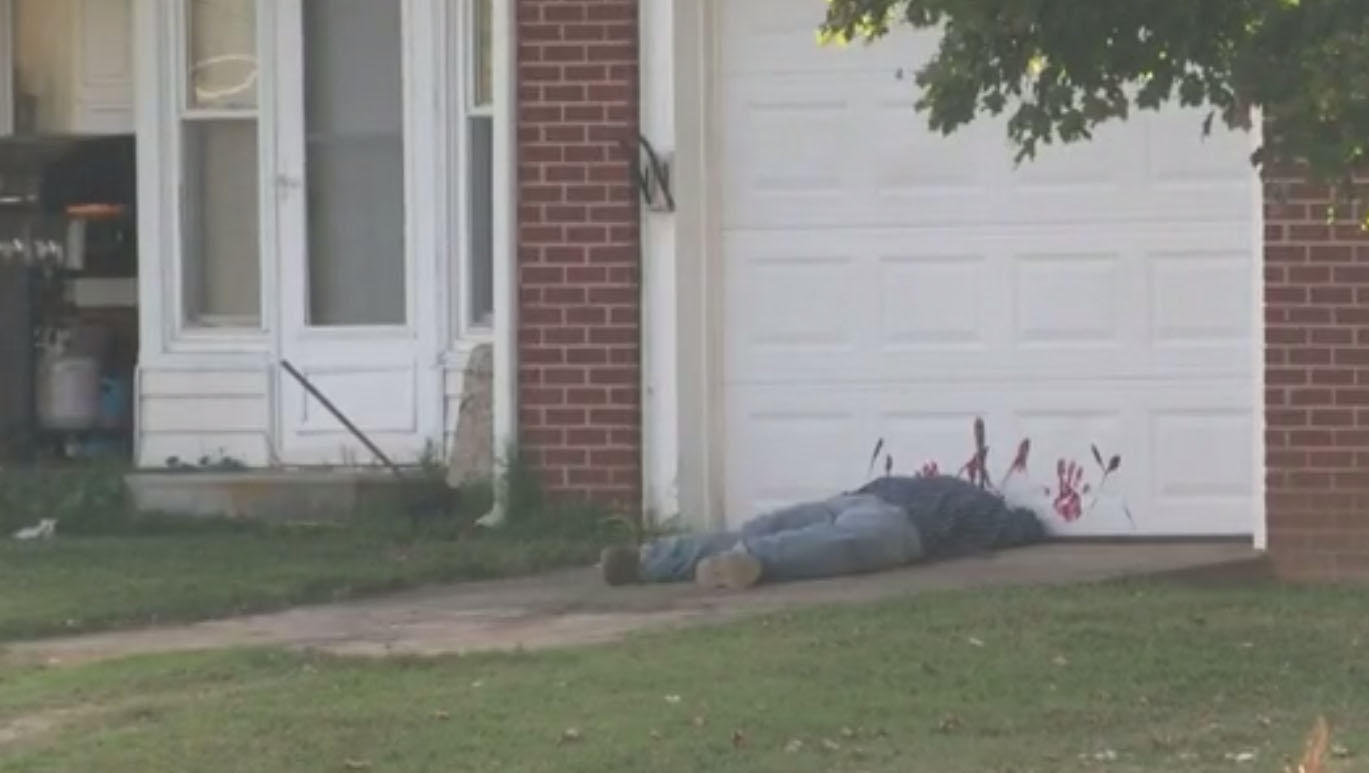 GREENEVILLE, Tenn. -- A Tennessee sheriff's office is asking people not to call the agency about a "body" trapped under a closed, blood-stained garage door.

That's because the scene at a home in Greene County isn't real; it's an early Halloween display.

The Green County Sheriff's Department says it has been inundated with so many calls about the realistic display that it posted a message Wednesday on the agency's Facebook page to let people know it's not real.

"Do NOT call 911 reporting a dead body," says the post, which includes a photo. "Instead, congratulate the homeowner on a great display."

"I thought it looked so real and so fun and I hope people don't take offense," Lovergive told the station.

The station obtained one of the panicked calls.

"There's a guy laying in his driveway, with two big bloody handprints on side of the house," the caller said. "It looks like he was dead I don't know I didn't stop I just came on to work."

Deputies who responded to the first call took the boot off the stuffed clothing to make sure it wasn't real.

Most neighbors who spoke with the station said they thought the display was funny – but they were surprised it was set up more than a month before Halloween. Lovergive says it's the first of many displays he's planning this season.