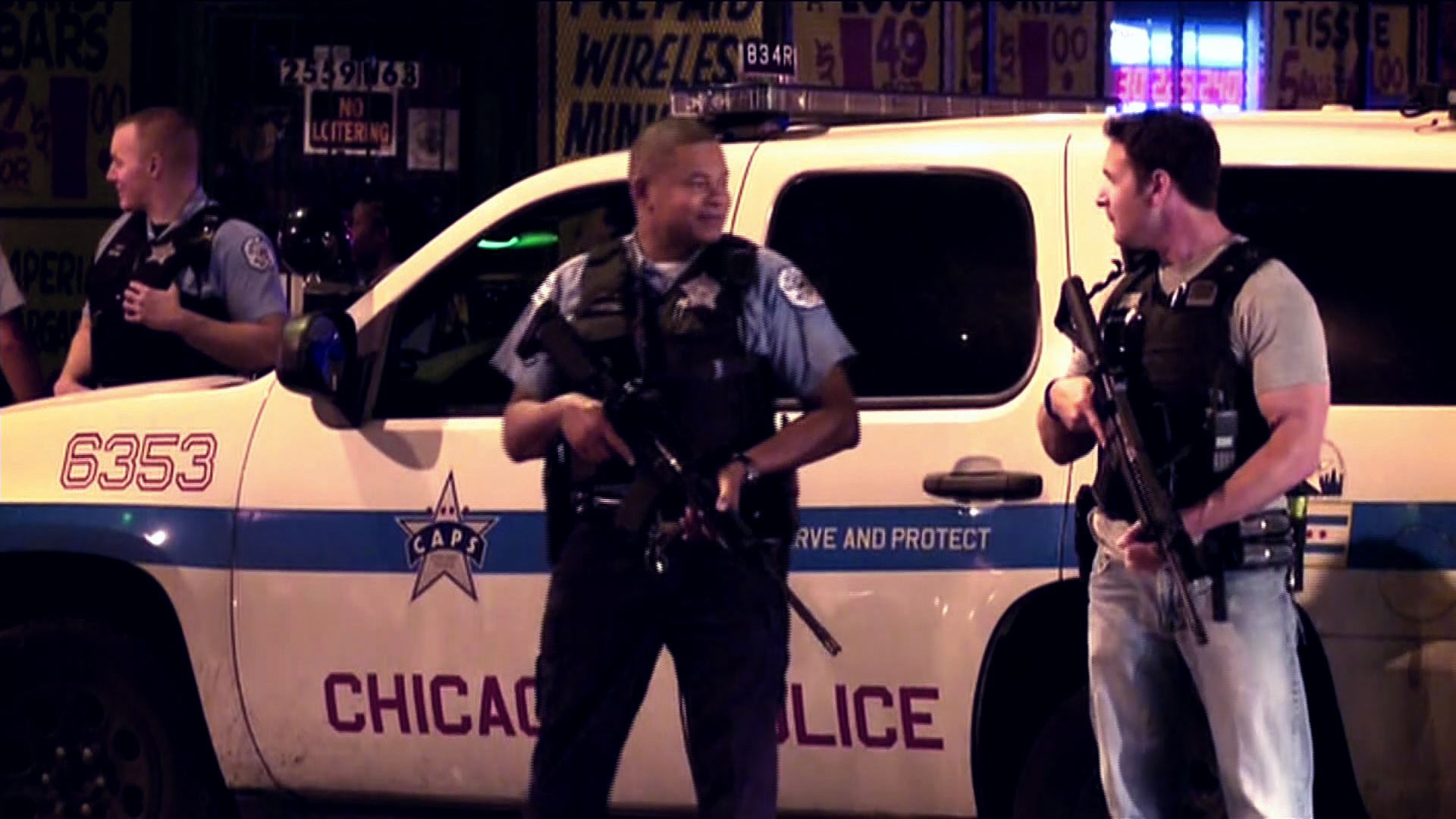 (CBS News) There are 228 dead: That's the number of murders this year in Chicago. It's nearly twice as many as the number of Americans lost on the battlefields of Afghanistan over these last six months. And the number of deaths is up 35 percent over the same period last year.

There was a time it was called "gangland" Chicago and maybe that time has returned.

Chicago teen on living amid violence: "I don't expect to have a future here"

The cops tell us it's the gang members who have turned some neighborhoods into free-fire zones. More people were cut down today.

Across Chicago, nine people were killed between Friday and Sunday, and two more were gunned down just hours ago - a murder rate of two a day.

Hood lives in Chicago's North Lawndale neighborhood, where three of the victims were killed.

"People are scared to come outdoors," Hood explains. "They're scared for their kids to sit on the porches and play in the playground. It's total fear."

Chicago police Superintendent Gary McCarthy believes most of the violent crime in the city is "absolutely" gang-related. He said the problem has a lot to do with drugs, guns and gang wars.

The city's largest gang is having an internal war. Chicago has the largest gang population in the country, with approximately 100,000 members who commit 75 to 80 percent of the city's homicides.

"We're looking for ways to try to get to zero -- zero murders, zero shootings," McCarthy said.

The violence increasingly claims innocent bystanders like the pregnant 17-year-old girl killed by a stray bullet through her living room window on Saturday.

With a police force of 12,000 officers, there's a lot of ground to cover -- something McCarthy hopes the public understands.

"I tell them I'm sorry that that condition exists," McCarthy said. "And I feel responsible for it."

The police here are targeting high crime areas for more frequent patrols, and a new law signed yesterday by Illinois governor Pat Quinn holds gang leaders responsible for the crimes of their organizations.

"I think that we can change the culture of these gangs -- at least that's something we're trying to do, while at the same time doing the law enforcement," McCarthy says.

McCarthy says the data doesn't always show it, but the police are making progress through increasing undercover operations and greater infiltration of the gangs, as well as a crackdown against the narcotics traffic which is the fuel that keeps them going.

Cat reunited with owners 16 years after running away
Dean Reynolds