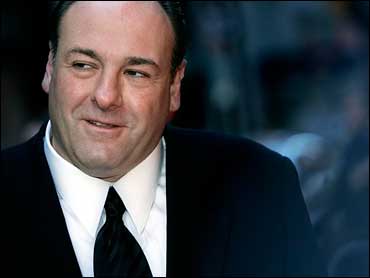 James Gandolfini will return to HBO this fall in a documentary about wounded soldiers' lives after serving in Iraq. The former "Sopranos" star is the executive producer of "Alive Day Memories: Home From Iraq," for Attaboy Films, his production company, in conjunction with HBO Documentary Films.

According to a statement released by HBO, "Alive Day Memories" covers the physical and emotional cost of the war through veterans' recollection of their "alive day" — the day they were almost killed in Iraq.

The documentary looks at how an increasing number of the more than 25,000 soldiers wounded are returning home with amputations, brain trauma and severe post-traumatic stress. Gandolfini, who has visited the troops in Iraq, interviewed 10 of these soldiers for the film. During those interviews, they revealed the extent of their wounds, their feelings on what the future holds for them and their devotion to the United States.

"Alive Day Memories" will debut on Sept. 9 on HBO. It is the third documentary produced by the cable network to focus on the war in Iraq, following Emmy and Peabody winner "Baghdad ER" and "Last Letters Home: Voices of American Troops from the Battlefields of Iraq."

Gandolfini, who is fresh off "The Sopranos'" controversial finale, will soon begin work on an as-yet-untitled film about Ernest Hemingway, to be produced by Attaboy Films. The three-time Emmy winner is expected to star in the project.