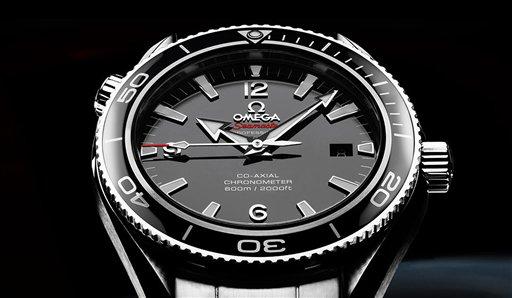 GameCore is a weekly column by CBSNews.com's William Vitka and Chad Chamberlain that focuses on gamers and gaming.


Call this an experiment.

Video game violence is a tricky issue, one that should have all aspects explored.

I wanted to see how people on opposite sides of the debate would respond to the same questions. Simple, no?

Next week, we'll have responses from Tim Buckley of Ctrl+Alt+Del and Scott Ramsoomair of VG Cats among others.

Jack has been one of the most outspoken and visible critics of "violent entertainment." He has represented victims of "video game-related violence" and in 1992, the American Civil Liberties Union named him one of its "top ten" censors of the year.

What constitutes violence in video games?

There's no real debate over that. Any M-rated game has violence levels unacceptable and definitionally harmful to anyone under 17. The industry will rue the day it accepted this labeled scheme.

What percentage of all games made would you say are violent, based upon your previous definition of violence in video games?

This gets to a fundamental lie being propagated by the video game industry.
GTA [Grand Theft Auto series] has sold 30 million units, with San Andreas expected to hit 20 million on its own. It's the #1 seller in the world right now. That fact alone does not square with ISA and ESRB's dodge that "the majority of games are not violent or M-rated." What matters is how many units delivered are violent, and to whom they are being delivered.

How many hate or violent crimes would you say are linked to or directly related to violence in video games?

I have no earthly idea, and no one can guess at that. I can tell you that some crimes would not occur but for the violent entertainment. For the families of the deceased, that is the only statistic that matters.

Does age or sex play a factor in violent, aggressive behavior?

Sure, the sex and violence centers of the brain overlay one another, which is why the increasing mix of sex and violence is troubling. Armies have been known to go on rape rampages after battles because the violence stimulates sexual aggression. How lovely that GTA weds sex and violence in the same game. We are training a generation of teens to combine sex with violence, just what America needs.

Is there a correlation between playing violent video games and acting in a violent manner?

Of course. Every parent who is paying attention knows that it is garbage in, garbage out with kids.

The heads of six major health care organizations testified before Congress that there are "hundreds" of studies that prove the link. All the video game industry has are studies paid for by them, which are geared to find the opposite result. Lawyers call such experts "whores."

Yes, just as Ted Bundy escaped into pornography. It is not a release of aggression. It is training for aggression.

Do you think the interactivity of game violence makes it different than violence on television, which is passive?

Of course, as you actually grow neural pathways called dendrites that enable you to perform more easily the physical acts of violence. Plus, from a psychological perspective, to act out of virtual violence in a virtual setting is far more damaging than just viewing it. You enter into the violence, you become the protagonist.

Different mediums, as they've come along, have had their share of controversy. From pulp horror and graphic novels, to movies, music and television; is this part of a cycle?

Yes, it is the last cycle. These are murder simulators. Manhunt has been called the video game equivalent of a snuff film. I am working with an Oakland, CA prosecutor in a murder trial in which the older gang members used GTA 3 to train teens to do carjackings and murders. The Army uses these games to break down the inhibition to kill of new recruits.

Look at the Institute for Creative Technologies created by DOD to create these killing games. Tax dollars paid to the industry to create the games to suppress the inhibition to kill, and then the industry turns around and sells these games to kids. One instance is Pandemic Studio's Full Spectrum Warrior. If it works for soldiers, of course it works for teens. The video game industry has absolutely no rebuttal to that argument. NONE.

No, of course it's not working. Senator Lieberman and Dr. Walsh just had their latest "Video Game Report Card" news conference. Underage kids can buy the most violent games half the time. I just successfully sued Best Buy and compelled them to institute a new nationwide policy. They will now ID anyone appearing to be 21 or younger to make sure no one under 17 buys M-rated games. This is a huge development. You really need to report that. It is an industry first.

How does free speech factor in?

There is no right of children to buy adult entertainment. None.

Are parents paying attention to what their kids play?

Do you think that video games are similar to sports? There are much-touted statistics that link aggression levels to video game playing, but isn't that precisely what happens in any kind of competition?

I'm sorry, but a basketball games goal is to score more points, not maim the other player. That is where sportsmanship comes in. There is no sportsmanship in any GTA game. None.

According to the Center for Child Death Review, 1,242 kids were murdered with guns and 174 children died from accidental firearm-related injuries in 2000. Aside from stories that get covered in the news [like Columbine], there are few, if any, actual statistics that show how many children's deaths are directly linked to video games. Do the facts speak for themselves? Or is it just that nobody is really keeping tabs?

Where does the accountability lie? Are parents responsible for their children's behavior? Society?

There is plenty of blame to go around. The parents must do a better job, but you know what? When we were on 60 Minutes the Sunday after Columbine (we predicted Columbine on NBC's Today eight days before it happened) with the parents in Paducah, Ed Bradley asked Joe James "Isn't this a parent's responsibility?" Joe said "Ed, I'm trying to figure out what I did wrong. I had my daughter in school and in a pre-school prayer meeting where she was shot and killed. If I hadn't raised her right, she'd be alive today."

You see, the industry is selling these games to kids whose parents are reckless. How is that Joe Jame's fault? We need to punish the industry and the parents who are putting innocent people in harm's way.

You just watch. There is going to be a Columbine-times-10 incident, and everyone will finally get it. Either that, or some video gamer is going to go Columbine at some video game exec's expense or at E3, and then the industry will begin to realize that there is no place to hide, that it has trained a nation of Manchurian Children.

Kids took guns to school for 200 years in this country without turning them on one another. President Clinton understood that if we want to do something about gun violence, we need also to look at the stimuli to use those guns. 3000 gun laws on the books. Not a single law on the books to stop the sale of murder simulators to kids. Idiotic.

They are about to pay a wicked price, and I aim to make sure they pay it.

Author's note: Due to the volume of questions I've received about this GameSpeak Q&A series, I feel that I should clarify some points.

First, I purposely avoided follow-ups for this round (as I said in the first column, this is an experiment – one with no end in sight). There are reasons that I structured things the way I did: I wanted everyone to respond to the same questions and I knew I wouldn't be able to duplicate tangents with each individual.

I was also trying very hard to avoid adding any of my own editorial input. Since I personally have extremely strong feelings about this issue, I had to keep myself in check and not go on my own rant, hence the very cut and dry Q&A format.

The real purpose of this series is to open the debate floor and let everyone involved say what they want. I chose not to correct anyone interviewed. I wanted people to see what was said in the rawest form I can print.

And finally, this is not the end of the series. I'm looking forward to speaking with more authors, more gamers, more lawyers, anyone with a strong opinion.

I think we really need to hear from some politicians, don't you?

Everyone should sound off.

I encourage it.
By William Vitka