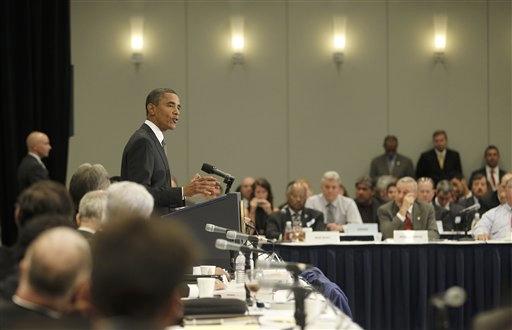 
Judging by the amount of almost-hate mail I've gotten, quite a few of you read our unedited Nintendo DS Versus Sony PSP article.

Funny story: Chad had been working himself crazy to put together a big, in depth-article. He was getting all the pieces together: writing, cutting, copying, pasting and building a column.

We were getting ready to edit it and fact check and do all the things that good journalists do when, BAM! In some kind of wacky, mad-cap mistake possibly involving Lou Ferrigno as The Incredible Hulk, everybody managed to get a hold of the wrong version of the piece. What was published was just ramshackle notes.

We are gamers and we are journalists; we work very hard to make sure that only the best of what we have to offer gets put out. But, accidents happen. This is our first and there won't be another.

Heck, enough of that. Let's get on with the show!

Nice article however its poorly written full of grammatical errors and poor sentence construction. Here are some of the common mistakes and errors I found.

"...is the latest and greatest in hand held hardware that offers a while new dynamic to handheld media..."
"...has also started to infiltrate the more adult market..."

"...You can buy currently up to a 1G-memory stick but that would easily run $150 to $300 definitely a cost productive venture unlike the iPods and Archos of the present day where they come stock with at least 20 to 40Gigs of onboard storage. ..."
"...the unit caries ..."

When something is written in all caps LIKE THIS, it probably means the person is either really emphatic or screaming or both.

Again, we're sorry that people got a hold of an unedited copy. It was a mistake.

As far as I know, I'm not high. Unless you're talking about being high on life, in which case I'm totally blitzed.

Should have been called DS "AND" PSP. The article contained very little juxtaposition or strong comparative value.

In the near future, we'll be releasing an updated PSP-DS article wherein we'll really rip the two apart and decide which system gets our vote.

The inacuracies in this article regarding the capabilities of these
machines are ridiculous. Saying the PSP has no wifi capability.
Stating that the DS can share games, when none of these games exist.
Not saying the PSP can do the same even though 7 of the 10 news
articles regarding the PSP today were about just that.

I understand that the world of video games may be foreign to CBS news,
but I thought you had learned your lesson about fact checking.

By the way, the photograph of the PSP and DS you have is not a
production model PSP.

If you need someone to write a gaming article maybe they should play
video games!

Yes, again, what most people read was the unedited, working version of the story. It never should have gotten out, but it did.

Dear Friend,
First, I must apologize if my mode of first contact is not acceptable to you and also solicit your
confidence in this transaction; this is by virtue of its nature as being utterly private and top secret.

A Foreigner from Bahamas, Late Engr. Jeff LEON (Snr.) a precious stone (Diamond) Merchant with THE UNITA rebel movement of Angola, until his death early the year 2000, used our services as his fiduciary agent and account trustees and had a closing balance as at the end of September, 2000 worth US$32,000,000.00 (Thirty two million United States Dollars only), and secured through our Wahakila banking services, our firm now expects a next of kin as beneficiary. Valuable efforts are being made by this firm to get in touch with any of the Leon's Family or Relatives but to no success since then.

To all crazy scam artists overseas: please stop emailing me.

When reading your latest column, I took time to observe the awesomeness of the Confusitron face style pudding bank, but I was immersed in character development and couldn't take the time to realize that although they shared much in common, the two lovers were driven apart by their intense desires to rip flesh.

I have no idea if that counts as fan mail, but I'll take it.


We'll have another GameCore Mailbag Blast-O-Rama soon. Until then, send an email to GameCore and show how much you love or hate us!