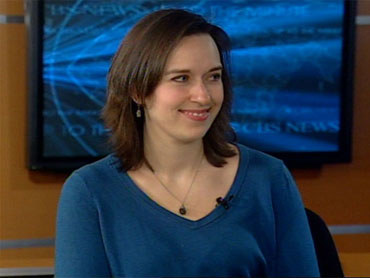 Watching game shows at home, it's easy to think you could be one of those contestants in the running for a big prize, and take home tons of cash. But the reality is, winning at game shows isn't always as lucrative as you might think. Kelli Grant, Senior Consumer Reporter for SmartMoney.com discusses five things you should know before auditioning.

You'll pay lots of taxes on those winnings. People generally understand they'll pay taxes on that money, but a big enough windfall could push you into a higher federal tax bracket. Winners must also file a return where they won - usually California or New York. You'll get a credit on your home state return for those taxes paid, but if home has lower tax rates, you won't get the full amount back. Plus, that second state return also adds to fees for tax prep and e-filing.

Winning could ruin you. Like lottery winners, game show contestants who come home with a cash or prize windfall can end up worse off than before. Problems start with a winner's failure to anticipate just how much he owes in taxes. But winners also tend to make big purchases like a home or car without thinking about whether they can afford the insurance and upkeep. They're also targets for scam artists and family members who expect them to pay for everything.

Our prize values are inflated. Non-cash prizes like cars and vacations are considered income, which means winners pay taxes on the value. But the official retail value, as stated by the game show, might be the sticker price, not what savvy consumers are actually paying after sales, coupons and haggling. The gap between retail and real value can be especially harmful for winners who accept a prize with the intent to resell it. They're paying taxes on a value they have no hope of recouping, which eats into the profits.

Your competition does this for a living. When you're watching a game show at home and thinking, "I could do this," keep in mind that the people you're up against may have a history of successful game show appearances. There are plenty of people out there who hop from show to show, which gives them an edge in their trivia knowledge and audition.

Even if you win, you might go home empty-handed. Runners-up tend to get prizes instead of whatever cash they earn during the game, so don't expect that second-place Jeopardy! Contestant with $7,000 will keep any of that. On the prize front, those taxes can be substantial, as we mentioned. The catch - you can opt to turn down the prizes, which means you walk away empty handed.