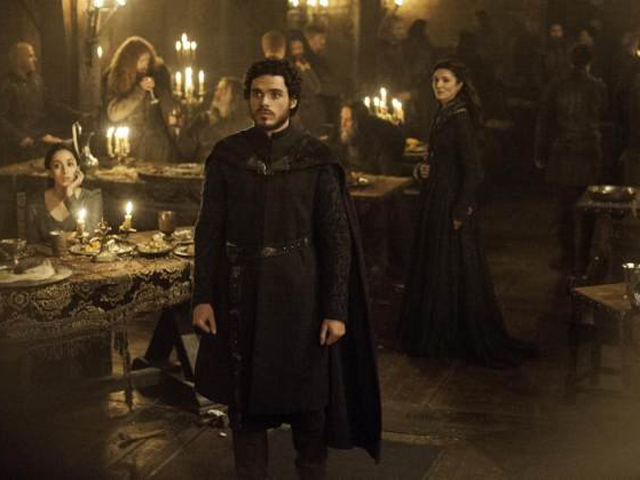 Some knew what was coming, others were totally shocked -- but all of them were talking about the Red Wedding scene on Sunday's episode of "Game of Thrones."

Members of the HBO drama's cast and other celebrities were among those who took to Twitter to react to the horrifying turn of events, which ended with (SPOILER) Robb Stark (Richard Madden), his pregnant wife, Talisa (Oona Chaplin), and his mother, Catelyn Stark (Michelle Fairley), among the dead at a bloody massacre at the Twins, orchestrated by Tywin Lannister and Walder Frey.

But perhaps the best reaction came from Maisie Williams, who plays young Arya Stark on the show. The 16-year-old actress posted this video on her Vine account, summing up the episode's action succinctly (click the video for sound):