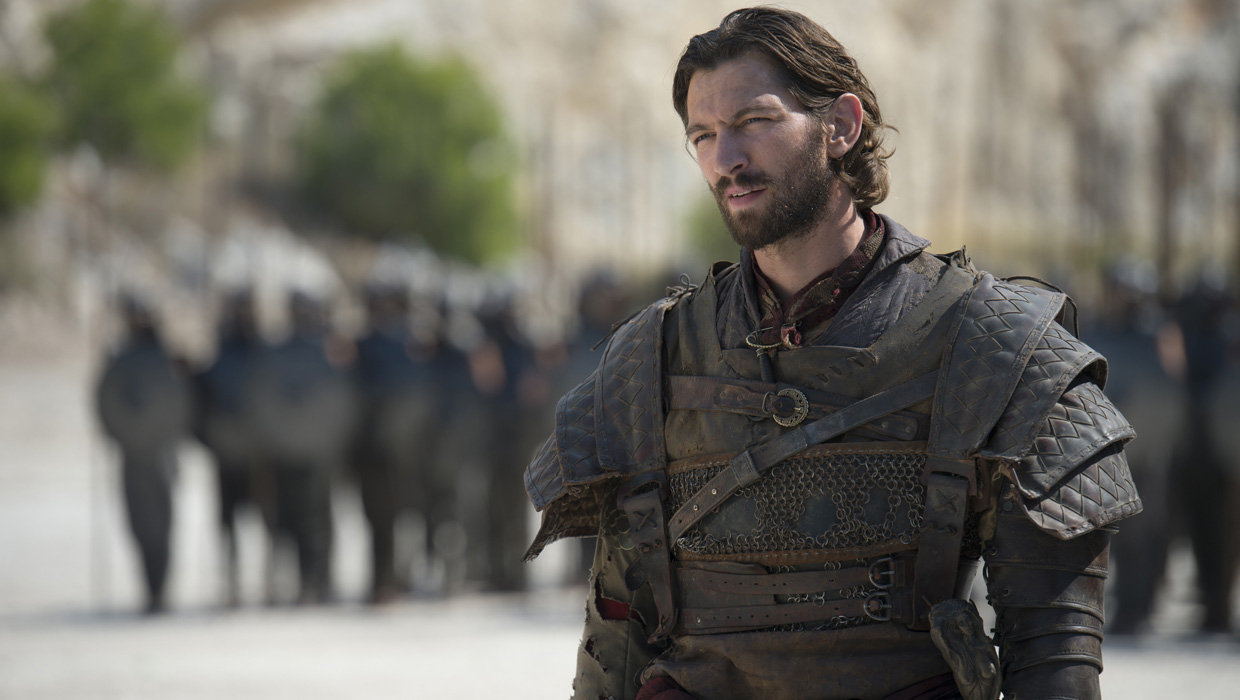 Here's a "Game of Thrones" tidbit that even avid readers of the book wouldn't have known was coming.

The HBO drama's linguist revealed in a new interview that he hid a secret Easter Egg in one of this season's episodes -- one you wouldn't notice unless you speak Low Valyrian.

David Peterson, who has helped create the languages spoken on "Thrones" like Dothraki and High and Low Valyrian, said the third episode of season 4, "Breaker of Chains," contains a reference to the 1975 classic "Monty Python and the Holy Grail."

In the scene, Daenerys Targaryen sends Daario Naharis to battle a Meereenese man, who insults him and the Mother of Dragons.

"He's shouting and Nathalie Emmanuel [Missandei] is translating -- but she's not translating what he's saying," said Peterson. "He's actually saying a Low Valyrian translation of the French guy's insults in 'Monty Python and the Holy Grail.' That was [series creator] Dan Weiss's idea and it was so hilarious that I had to do it."

When asked if fans caught on to the joke, he replied, "Right after that episode aired, I was getting tweets like, 'Is he saying a "your momma" joke?' Close... But no, he's actually starting out with, 'Your mother is a hamster.'"