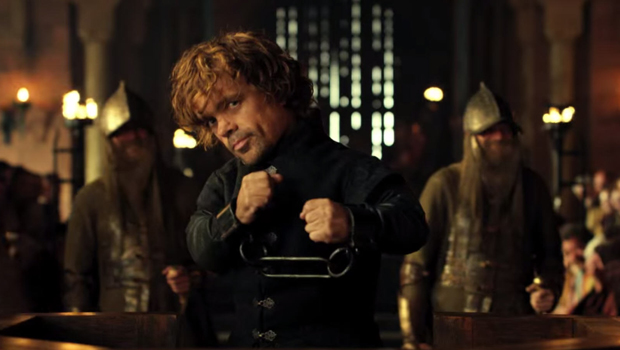 This is the first time that HBO released outtakes from the hit show. In a must-see behind the scenes moment, Peter Dinklage (Tyrion Lannister) and Nikolaj Coster-Waldau (Jaime Lannister) do a dance during Tyrion's trial.

Not only did "Game of Thrones" reveal its lighter side, but they also released the names of new characters in the fifth season.

Here's the list of who you can expect to see:

-Jonathan Pryce as the High Sparrow, a religious leader in King's Landing

HBO has not released an official air date for the premiere of season 5, but it is slated for Spring 2015.