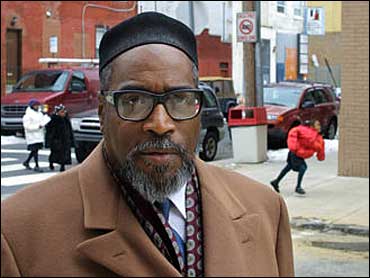 Kenny Gamble could have settled almost anywhere after a songwriting career that earned him and partner Leon Huff 175 gold and platinum records for producing hits like "Love Train" and "Me and Mrs. Jones."

Instead, he went home to South Philadelphia.

Looking to give something back to the city that inspired his music, Gamble in 1990 shrugged off fear of crime and drug dealers and moved into a rehabilitated brick row house in the blighted neighborhood where he grew up.

Since then, the co-architect of the Philadelphia Sound has been on a mission to rebuild the area, block by block.

The group opened a charter school, blocks from Gamble's boyhood home, and a business support center that can help arrange loans for black entrepreneurs.

This year, the company's role in the city got even bigger.

In August, Universal became one of several outside groups brought in to take control of dozens of city public schools. Universal has operated three, all in South Philadelphia.

And, in one of its most ambitious proposals to date, the firm said it wants to build and operate a new school to replace Audenried High - a distressed, sometimes dangerous school that Gamble said has become a symbol of failure.

"Our intention," he said, "is to try to make a model out of this area in South Philadelphia."

The road from songwriter to community activist was a short one for Gamble.

The production company he founded with Huff, Philadelphia International Records, had a series of hits with socially conscious songs like "Ooh Child" and "Let's Clean Up the Ghetto" in the 1960s and '70s.

Gamble, 59, converted to Islam in 1975 and said he takes his faith's demand of charitable works seriously. He also said he felt an obligation to do more for the city's poor, black neighborhoods than write songs about them.

"That's why I'm back. My consciousness has been lifted. I started thinking, 'What is the best thing you can do with your life?"' he said. "There has to be some kind of commitment from people in the community. It can't be your goal just to leave."

Universal's president, Abdur-Rahim Islam, said the company plans to develop or rebuild between 1,500 and 2,000 homes in South Philadelphia over the next seven years and destroy hundreds more that have deteriorated beyond repair.

The organization, which relies on a mix of private donations and public grants, has already invested $200 million in a variety of projects, Islam said.

The goals that Gamble has set for Universal aren't easy, and it has yet to be seen whether he will achieve the success as an educator that he had as a songwriter.

The three public schools managed by the company are among the state's poorest, and have had some of its worst-performing students. Some critics said Universal hasn't yet shown it can do a better job managing them than the city did.

"They have not brought a lot of change," said Barbara Goodman, a spokeswoman for the Philadelphia Federation of Teachers. "It's been an uneasy transition."

One of the company's biggest efforts, however, the rebuilding of several blocks of housing not far from the offices of Philadelphia International Records, has drawn mostly praise.