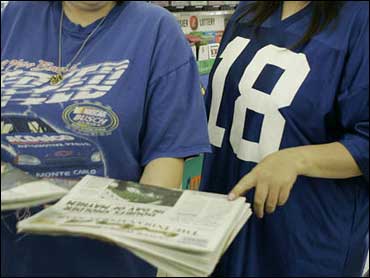 A recent study conducted by Nicholas A. Christakis of Harvard Medical School and James H. Fowler of the University of California at San Diego concluded that one's friends have just as much of an influence on whether a person gains weight as genetics. The research demonstrated that gaining weight can spread among friends somewhat like a virus. And you don't even have to be sneezed on or kissed by the friend to "catch" the weight-gaining bug.

The amazing thing about this study is that they found that good friends who live hundreds of miles apart are just as likely to influence each other's weight as those who live next door. You don't have to sneak out with a friend for a snack for this phenomenon to take place. Communicating by telephone or e-mail, or just seeing them every once in a while is enough.

Some people will probably feel that this study will be an excuse to further bash those who are overweight by claiming they can "turn" their friends into being overweight from hundreds of miles away. Others will feel it's a rationalization for an individual not to take responsibility for his or her actions. Their response to the study will be, "Next, we'll hear people say things like, 'I know I'm a liar and a cheat, but it's not my fault. It's because of my buddy in Poughkeepsie.'"

I'm somewhat dubious about the study because most people have some friends who are overweight, some who are underweight, and some friends who have the exact medically and socially acceptable weight. But who am I to argue with the results of a study that tracked 12,000 people for 32 years? I have enough trouble keeping track of myself.

I agree with the researchers being impressed by the power of friendship. They reason that when a close friend becomes obese, being overweight might not look so bad. Your friend's weight gain might change your idea of what an acceptable body type looks like. It's like when a friend of yours grows a moustache, or starts wearing hats. After a while, because it's a friend, you might not think these things are so strange. You may even consider trying them yourself.

The researchers found the power of friendship so strong that a friend's becoming obese was even more likely to have an effect on a person's weight than that person's spouse or sibling. (So the problem might not be a gene, but your friend, Jean.) And this "socially contagious" phenomenon works the other way, too. If your good friend loses weight — regardless of how far away he or she lives from you — you are likely to lose weight, too.

But Christakis and Fowler aren't suggesting you get rid of all your friends who are overweight. They remind us that a good friend is hard to find and is important to keep. However, the researchers feel it wouldn't hurt to add some new friends to your social network who are thin or are losing weight.

One of their conclusions is that for something like obesity, doctors shouldn't just treat the individual. They should look at and consider his or her entire network of friends. Sounds like it's going to be a pretty crowded waiting room.

They also raised the possibility that this socially contagious phenomenon might apply to other things like smoking and alcoholism. I'm hoping that it might also apply to non-medical things. Maybe we can all use this research to improve our lives. If having friends who are kind, caring, and compassionate can help us have these traits, why not try to make some friends with these characteristics?

But for this thing to work, the friendships have to be sincere, and it works best if it's mutual. In other words, you just can't find some thin people and start calling them up and expect to slim down. The only way that's going to help you lose weight is if you're jogging while you're talking to them on the phone.


Lloyd Garver has written for many television shows, ranging from "Sesame Street" to "Family Ties" to "Frasier." He has also read many books, some of which were pretty hefty themselves.