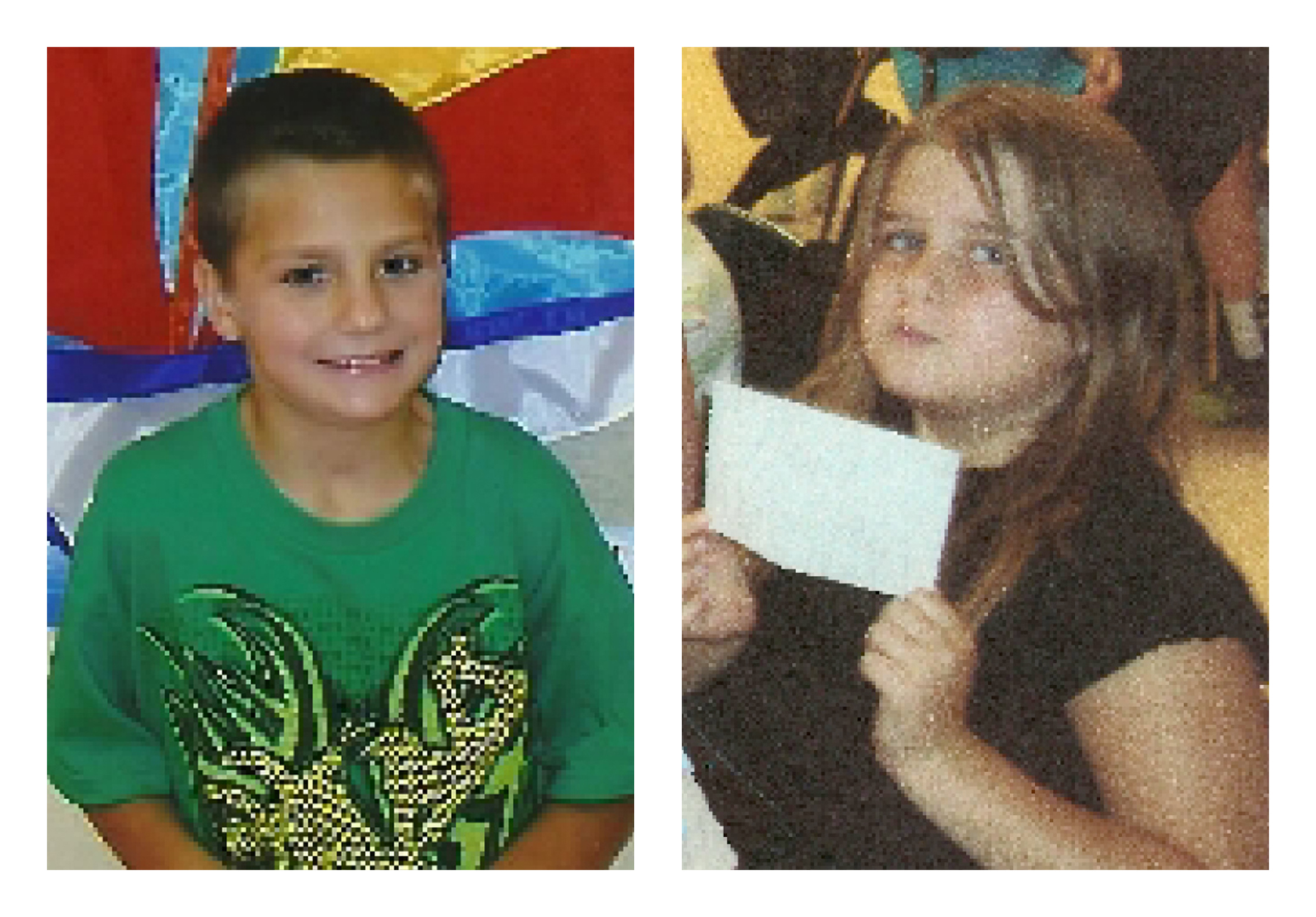 (CBS/AP) NASHVILLE, Tenn. - Tennessee investigators are trying to locate two children who were initially believed to be dead but their bodies were not found at the scene of a weekend fire at a farmhouse that killed their step-grandparents.

The Tennessee Bureau of Investigation issued an endangered child alert on Wednesday for 9-year-old Chloie Leverette and 7-year-old Gage Daniel under "under an abundance of caution."

"As time moves on, we don't want to miss our opportunity to locate them if they were not in the house," said TBI spokeswoman Kristin Helm.

Bedford County Sheriff Randall Boyce said investigators did find the bodies of 72-year-old Leon McClaran and his 70-year-old wife, Molli McClaran, as well as the remains of a dog.

The two children who lived at the house were initially believed to have perished in the intense fire, which firefighters battled overnight Sunday and early Monday. But their remains were not found in the rubble.

Helm said there is no evidence yet that the children were not in the house, but investigators are speaking with family members, friends and people at the children's school.

The State Fire Marshal's Office said in a statement "that there are no remains of the two children in the structure. The children's location at this time is unknown." Its investigators will determine a cause.

Forensic anthropologists and cadaver dogs searched through the rubble for the bodies and the Tennessee Highway Patrol used a helicopter to search the surrounding area.

Family members told The Associated Press that the McClarans were raising their step-grandchildren because the kids needed a home and described the McClarans as generous people who loved their family. Relatives of the McClarans said the girl also used the last name Pope.

The state Department of Children's Services investigated the mother of the two children and Daniel's father between 2006 and 2010, said spokesman Brandon Gee. Gee would not release the names of the parents nor say why the parents were investigated. He confirmed that the McClarans had custody of the two children, but he said DCS never took custody of the children nor placed them in a home.