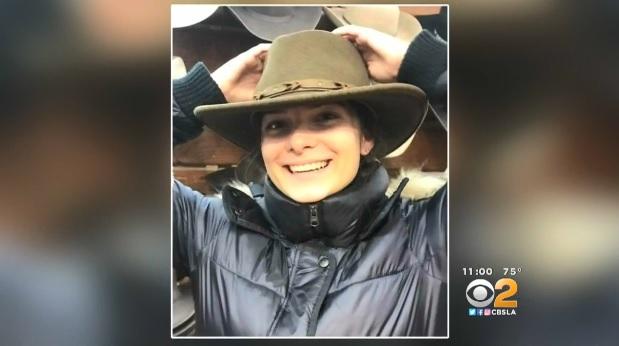 The letter reads in part: "The La Reina community shares in deep sorrow with the Chabot family upon the passing of their daughter, Gabriella. We stand ready to support them through this time in every way we can."

Chabot's father, Michael, also posted a statement on Facebook in response to his daughter's death.

"Today I experienced the day that no parent should," he said. "I lost my daughter … my angel Gabriella Chabot. We are heartbroken. She would have been 15 on 2/16/18. I love you peanut! Papi will never forget you. You will always be my angel."

A spokesperson from the all-girls Catholic school would not confirm whether the flu had spread to other students, or potentially how many.

A vigil was scheduled for Friday evening.

The flu epidemic has hit California exceptionally hard this season. It is primarily due to the spike in the Influenza A strain (H3N2), which can cause a more severe illness and leads to more hospitalizations, especially in children and older adults.

Between Oct. 1, 2017 -- when the flu season officially began -- and Jan. 13, the California Department of Public Health reported 74 flu deaths for people 65 and under. At the same time last year, there were 14 flu deaths.

According to the Ventura County Star newspaper, health officials say 35 people died of the flu in Ventura County so far this season. Of the victims, only six were under the age of 65. None were younger than 43 years old.

The flu has left many hospital emergency rooms across the Southland overwhelmed with patients. Last month, Pomona Valley Hospital told CBS Los Angeles it turned an auditorium next to the emergency room into a six-bed unit to handle the overflow of patients.

"We've had such an overwhelming number of patients that we felt that a separate room would help us with our patient flow," Dr. Ken Moore said.

Loma Linda University Medical Center set up a tent typically used for disasters to deal with the growing number of patients.

"We've actually overflowed pretty much every day so far," said Dr. Adrian Cotton. "We've had about 150 patients total that have gone through the tent in the past two weeks."

Health officials on the East Coast are also battling the flu epidemic. On Friday, the New York City Health Department confirmed the third pediatric flu death of the season.

Across the country, doctors are seeing more cases, hospitalizations and deaths from flu, and there's no sign it's letting up. The Centers for Disease Control and Prevention said 10 more pediatric flu deaths were reported last week, bringing the total to more than 60 children who have died from the flu so far this season.