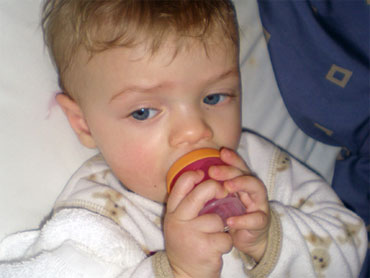 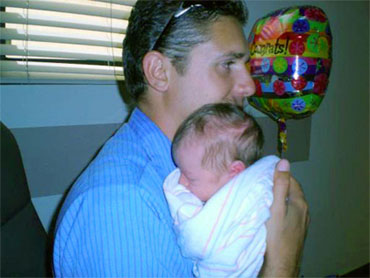 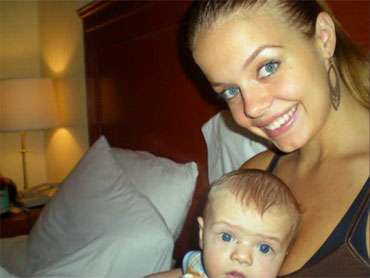 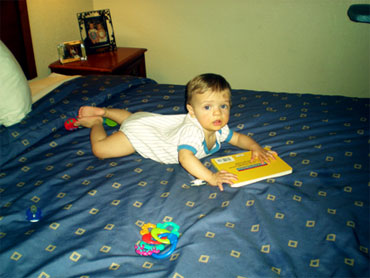 (Tempe Police Department)
NEW YORK (CBS) As Logan McQueary searches Texas for his 9-month-old missing infant son Gabriel Johnson, the father has new worries that his baby boy may have been sold into an underground adoption.

Since Feb. 2, McQueary has been retracing a road trip that 8-month-old Gabriel Johnson and his mother, Elizabeth Johnson, took last December from Tempe, Ariz., to San Antonio, Texas - the last place the little boy was seen alive.

Elizabeth Johnson, 23, told a TV station she gave the child to strangers in San Antonio, allegedly told McQueary that she killed the baby and threw him in a trash bin, and hasn't told the police much of anything.

Arizona police have her locked up on charges of kidnapping, child abuse and custodial interference.

But McQueary has kept hope alive.

On Sunday, he and his family met with an adoption expert who often consults with the FBI in the world of underground adoptions, and learned some startling connections, according to CBS affiliate KPHO.

According to the expert, who asked not to be identified, The Homegate Hotel, where Elizabeth Johnson stayed in San Antonio, is well known in adoption circles. Agencies put girls up there for meetings with families and to complete paperwork, the expert said.

The last known photos of Gabriel were taken at the hotel. In one of the images, the boy is holding a prescription drug container. In another, his eyelids are eerily half closed.

On Dec. 26, the same day the photos were taken, Johnson and Gabriel were spotted on surveillance footage outside a Six Flags amusement park in San Antonio.

The expert told the McQueary family that this too fits the bill of many underground adoption he's seen.

"Often girls go to Six Flags to meet with the adoptive family. There's a lot of people in and out there, and there's also security there, and it's a safe place for both the mother and the family to meet, often to bring the child, introduce the child to the family," the expert said according to Lisa Peters, McQueary's cousin who has been accompanying him on his search.

That was also just two days after she posted two comments on her MySpace page stating, "Where there's a will, there's a way" and "Excited to start my new life."

San Antonio investigators have said that they are now classifying the case as a kidnapping homicide because it allows them to search for a dead body as well as looking for a missing person.