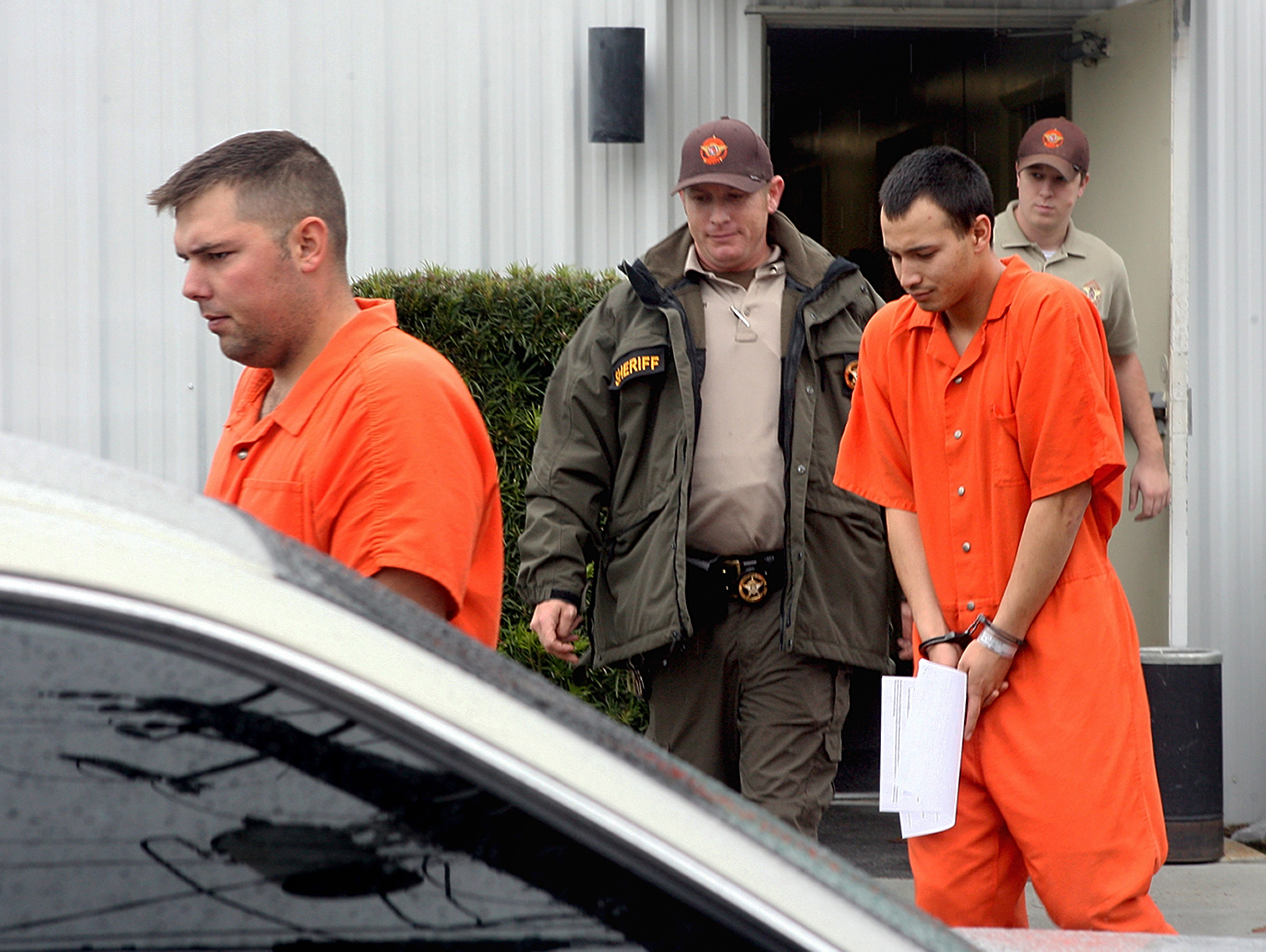 (CBS/AP) LUDOWICI, Ga. - A Georgia prosecutor said he will seek the death penalty Thursday for three soldiers accused of killing two people to protect an alleged anti-government militia. The stepfather of one of the victims had to be restrained after a disturbance in court.

The suspects are accused in the Dec. 4 slayings of former soldier Michael Roark and his 17-year-old girlfriend, Tiffany York. The two were found shot to death off a dirt road near the Army post.

Prosecutors said the three soldiers were part of a militia operating within the U.S. Army that was stockpiling weapons and wanted to overthrow the federal government.

As Peden sat with his attorney during the hearing, York's stepfather, Wesley Thomas, tried to rush the defense table. At least four deputies and officers wrestled Thomas to the floor and handcuffed him.