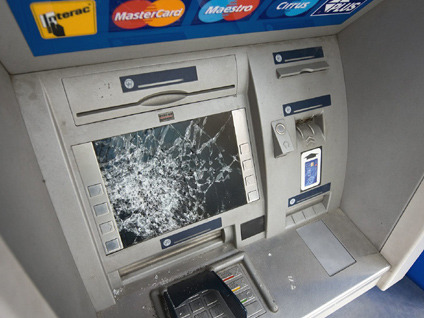 At the G20 global economy summit in Toronto, Sunday's buzz word is "debt" as in "lets all work together to cut the debt." The delicate balance at the summit has been between continued government spending for economic stimulus against deficit reduction as long term debt hinders growth. While countries haven't agreed to everything on the spending side, all agree that cutting spending is important... the only thing left is to decide is when.

This morning Canada's Prime Minister Stephen Harper hit the nail on the head. "Here is the tightrope we must walk. To sustain recovery it is imperative that we follow through on existing stimulus plans those of which we committed ourselves to last year but at the same time advance countries must send a clear message that as our stimulus plans expire we will focus on getting our fiscal houses in order," he said.

The G20 leaders agreed to that deficit reduction is am important goal - and announced a target to cut the deficit by one half over the next three years.

While President Obama agrees with that long-term goal, he did not get what he wanted from the summit, which is continued short term stimulus in the near term and debt reduction in the long term.

"In the United States, I've set a goal of cutting our deficit in half by 2013. A number of our European partners are making difficult decisions. But we must recognize that our fiscal health tomorrow will rest in no small measure on our ability to create jobs and growth today," he said at a news conference in Toronto.

Stewart Patrick of the Council on Foreign Relations explains the White House's strategy this way: "The President is basically saying, we've got to do this in the medium term, we need to return to a balanced budget, and I'm going to map out a plan of how to do that, but we can't afford in the immediate term to go too strongly in that direction because we might jeopardize a fragile recovery."

The President acknowledged that the world's economic leaders are not on the same page, but was optimistic that the differences can be overcome.

"I know that much of the focus coming into these meetings was on whether our nations would be divided by different approaches. But as we have proven repeatedly over the last 18 months, our nations can come together through the G-20, and build on the foundation of our shared interests. Indeed, that is the purpose of these meetings. We can bridge our differences. We can coordinate our approaches. And we can continue our relentless focus on durable growth that puts our people to work, and broadens prosperity for the world," he said.

At the press conference, the president was asked what specifically his administration had done to begin to cut the debt. He mentioned the debt commission that he has appointed to study the situation and present him with various policy proposals by December, some could be difficult he said, as they could involve changes to the tax system, possible increases, as well as significant spending cuts. The President then called out his critics on the debt issue. He said that people are surprised when he does what he says he was going to, passing health care for one, and when the opposition comes out on debt reduction, he took them on. The President said that if Republicans are talking about debt for political reasons now, they better be serious about making tough choices when the time comes. "Step up, because I'm calling their bluff," he said.