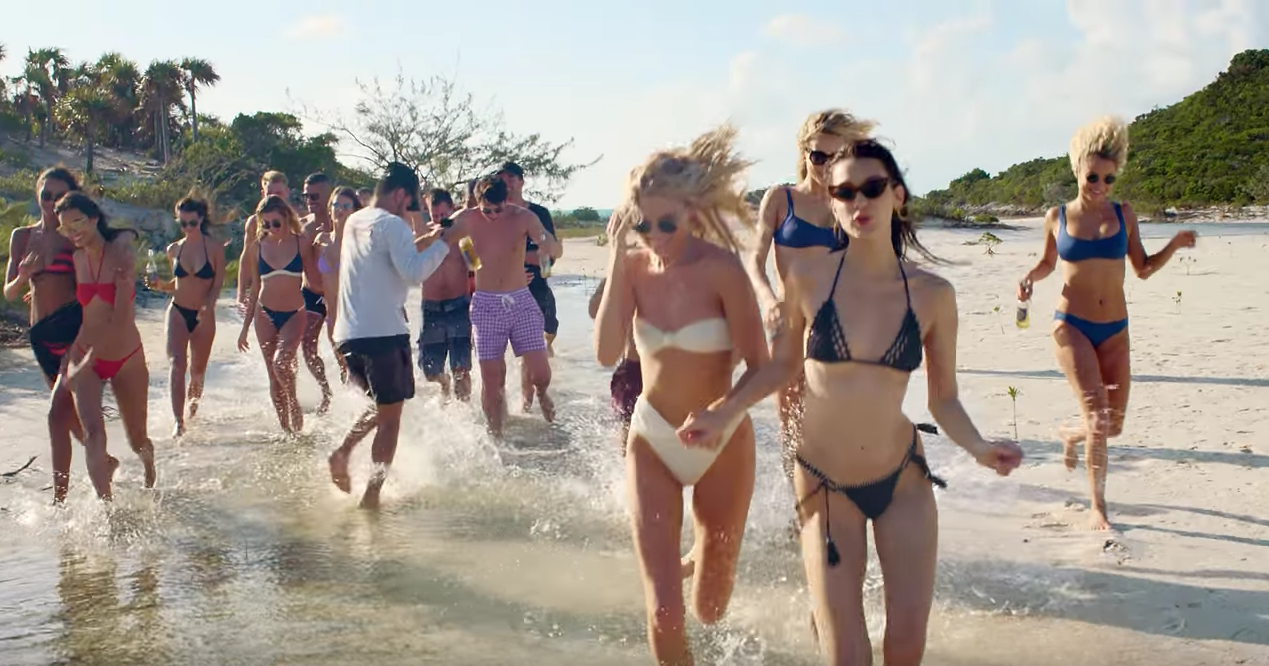 The Fyre Festival in the Bahamas, billed as a "luxury" event featuring big music acts and celebrity chefs, is now canceled after a chaotic false start, stranding angry visitors who shelled out thousands of dollars to attend.

"Due to unforeseen and extenuating circumstances, Fyre Festival has been fully postponed," the festival tweeted on Friday. "After assessing the situation this morning and looking at best options for our guests, we cannot move forward as we hoped we could. At this time, we are working tirelessly to get flights scheduled and get all travelers home safely."

The statement was of little solace to those who were already on the island. After promises of gourmet meals from celebrity chefs, festival-goes who arrived on Thursday were treated to sandwich bread, salad and slices of cheese, one attendee claimed on Twitter.

Visitors at the music event called it a fraud. On its website, the Fyre Festival described itself a "cultural moment created from a blend of music, art, and food," and an ad for the event said it featured "the best in food, art, music and adventure." Ja Rule was one of the festival's co-creators and Blink-182, Tyga and Desiigner were supposed to perform.

Some patrons paid up to $200,000 to stay in private villas, attend the festival and enjoy high-end food and music from renowned artists, CBS Dallas reports.

The first wave of visitors arrived to an unfinished festival site on Thursday. Concertgoer Farah Bengozi told CBS Dallas that the promised "villas" turned out to be bare-bones tents, and there were no big-name musicians or celebrity chefs to be seen.

"The food they served was like a soup kitchen, and there wasn't enough of it," she said. "This was a scam for sure ... It could have been something, but they didn't put effort into it."

Red flags about the festival began to surface earlier this month when Fyre's organizers were late in paying artists, the Wall Street Journal reported. One customer told the Journal that he was nervous because the concierge team did not give him flight information until approximately a month after they said they would. People close to the festival also told the Journal that its organizers lacked experience.

The festival's would-be start descended into chaos on Thursday when attendees were delayed for hours on a flight to Exuma from Miami, then eventually canceled, with flight staff saying the island was over capacity: "We have been advised by Fyre, the tour operator of your flight, that they can no longer accept any guests in Exuma," an airline representative said in a video uploaded by a passenger. "Due to overcapacity on the island, we need to cancel the flights to ensure the safety of our guests."

Some guests who were already at Exuma were not permitted to leave the airport and were allegedly locked in.

Guests who had made it to the festival site who took buses to Nassau and tried to fly out of the capital were also thwarted.

"Everyone was ready to go, but they checked our passports a million times, said things weren't matching up," Benghozi told CBS Dallas. "They asked us to step out of the plane."

Blink-182 also alluded to problems when they canceled their performance, tweeting, "Regrettably, and after much careful and difficult consideration, we want to let you know that we won't be performing at Fyre Fest in the Bahamas this weekend and next weekend. We're not confident that we would have what we need to give you the quality of performances we always give fans."

The Bahamas Ministry of Tourism issued a statement saying: "We are extremely disappointed in the way the events unfolded yesterday with the Fyre Festival. We offer a heartfelt apology to all who traveled to our country for this event."

Ironically, an early advertisement for Fyre Festival that showed models like Bella Hadid and Hailey Baldwin prancing on the beach started with a voiceover that said, "The actual experience exceeds our expectations."