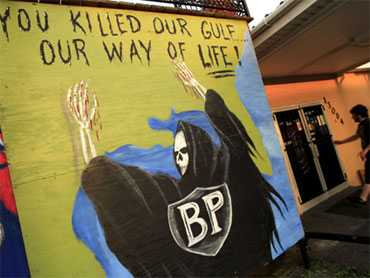 Determined to project both command and compassion, President Barack Obama is returning to the Louisiana coast for a fresh reality check on work to stanch the oil spewing into the Gulf of Mexico and the spiraling effects of the nation's worst environmental disaster.

The president underscored his focus on the Gulf by abruptly canceling plans for a trip to Indonesia and Australia later this month.

Addressing a crisis that threatens to undermine his presidency, Mr. Obama spoke for many Thursday in declaring himself furious at a situation that "is imperiling an entire way of life and an entire region for potentially years." Friday's trip will be his second to the Gulf in eight days, answering critics in both parties who suggest he has seemed detached from the crisis.

Polls show the public growing more negative toward the president's handling of the spill.

White House spokesman Robert Gibbs announced late Thursday that President Obama was scrapping his foreign trip - which already had been postponed - "to deal with important issues, one of which is the oil spill."

Speculation the president would need to rethink the trip, set to begin June 13, mounted as the administration came under increasing scrutiny for its handling of the Gulf spill. The trip was first put off while President Obama was making the final push for his massive health-care overhaul.

Prime Minister Kevin Rudd of Australia and the president of Indonesia, Susilo Bambang Yudhoyono, both said through spokesmen they were disappointed by the turn of events, but understood it was necessary for Mr. Obama to stay home and deal with the crisis.

While in Louisiana, President Obama planned to meet with Coast Guard Adm. Thad Allen, who is overseeing the response effort, and with state and local officials, then visit Gulf Coast communities where lives have been upended by the spill.

Gibbs said the president wanted to talk firsthand with business leaders and individuals suffering the economic consequences of the disaster.

In an interview Thursday with CNN's Larry King, President Obama expressed dissatisfaction with the pace of British oil company BP's reaction to the spill, saying, "What I haven't seen as much as I'd like is the kind of rapid response."

His administration on Thursday handed the company a $69 million bill for recovery costs to date - a figure sure to grow in the weeks and months ahead.

The president visited the Gulf region twice in May, and Friday's visit surely will not be his last, as the president tries to show he's staying on top of the situation, without getting in the way.

"You never want to take resources away from the response and recovery efforts, so we're certainly mindful of that," Gibbs said. "At the same time ... I think he'll go as often as he thinks that is productive in aiding those response efforts."

Somewhere between 21 million and 46 million gallons of crude oil have been disgorged into the Gulf since the Deepwater Horizon oil rig exploded on April 20, according to government estimates. Eleven workers were killed in the blast.

President Obama told King he was furious that "someone didn't think through the consequences of their actions," and he tried to deflect criticism that he hasn't shown enough emotion about the epic dimensions of the problem.

"I would love to just spend a lot of my time venting and yelling at people," the president said, "but that's not the job I was hired to do. My job is to solve this problem."

President Obama said he was "supportive of offshore drilling if it can be done safely and it doesn't result in these kinds of horrible environmental disasters."
By Associated Press Writer Nancy Benac