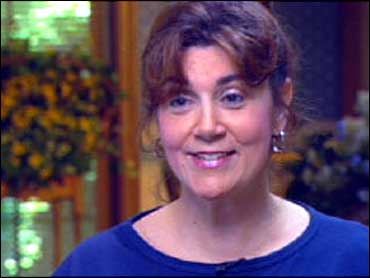 When a marriage ends in divorce, the partners sometimes fight like cats and dogs over the dogs and cats.

But when her eight-year marriage to Nichols ended in a bitter divorce two years ago, the two fought over custody of the animals the way other couples fight over children. Richard Schlesinger reports.

The only thing they didn’t fight over was Mr. Bobo, and that’s because he died. A judge decided Lynn would get the dogs, Tom would get the cats. It was all part of the property settlement.

“I never thought in a million years he would look at them as property to be divided up like a rake and a shovel,” says Goldstein.

She felt so strongly about keeping the cats that she refused to obey repeated orders from a judge to turn them over.

“I thought if I had a standoff with Tom at the start and refused to turn the pets over to him,” she says, “I really hoped the he would say OK. He’d let it go.”

She knew she was taking a risk but she didn’t think she had a choice. She appeared before the judge seven times and swore under oath that the cats had run away. Minutes before her last appearance, she was caught on tape, which was shot by a private eye working for her ex-husband.

The investigator videotaped her trying to hide the cats and showed the tape in court. The judge sentenced Goldstein to 30 days in jail in Jefferson County, Kentucky.

“I felt heartsick.,” she says. “That’s when I fell apart in court because I knew that they were going to be taken from me. People that are trying to protect children are pushed to extremes too. And that’s exactly what I was doing.”

Doug White understands how she feels. A software salesman in his early 30s, his life in Dallas revolves largely around Napa, his Labrador retriever.

When he returned home from a business trip, he was shocked and devastated when he says he discovered his wife had left him and taken almost everything, including Napa and most of the furniture.

“You can get different furniture, but you can’t get another Napa,” he says.

White, his wife and a judge have worked out a complicated shared custody arrangement for the dog. They trade off the dog on the weekends like divorced couples trade off children.

White’s wife brings witnesses, and so does White, and the witnesses often have a camera that records the exchange.

White is waging a legal battle for custody of Napa. The fight has cost him both emotionally and financially. The legal battle so far has cost more than $10,000, he estimates.

In the short term, he was successful. A judge awarded him custody of Napa at least until the divorce is final.

It used to be difficult for cases involving animals to be taken seriously, but now law schools at Harvard, Georgetown, and other universities are teaching courses in animal issues, and just recently in Wisconsin, the state supreme court issued a ruling that change the way the law views animals.

“Dogs are not mere property," ruled Wisconsin Supreme Court Justice William Bablitch. “They are not a living room sofa, or a dining room table. These are companions that fulfill a very real need in people’s lives, people grow very attached to them.”

He wrote the court ruling in a case where a woman sued after her dog was killed by a neighbor. She claimed she suffered emotional damage and a lower court said her case was frivolous.

“We said it is not frivolous. They brought this in good faith as a way to expand the law,” Bablitch explained. But the court ruled a woman could not collect any money for her emotional damage because even though the justices don’t like it, the law still says dogs are just property.

Goldstein still has her dogs, but two courts so far have refused to give her custody of the cats Beanie and Kasey. She says she’d serve another 30 days in jail if she could just get them back.

“If somebody told me right now, ‘You have to go back in there for 30 days and we’ll let you have Beanie and Kasey back at the end of those 30 days,’ I would do it,” she says. “I would walk through hell and fire for those animals.”

The Betrayal of Linda Slaten