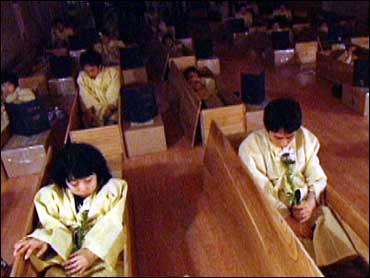 For thousands of years, the rich and powerful have been buried with weapons or treasures, and with great fanfare.

Now, more and more "average" Americans are planning their own funerals, personalizing and customizing them, going out in style, in ways that are sometimes elaborate, sometimes non-traditional -- and sometimes -- even fun -- perhaps making the Grim Reaper a little less grim!

The Early Show explores them in a three-part series, "Funerals To Die For."

Thinking Inside the Box

In South Korea, some people are getting a jump on the grim reaper, staging their own funerals, as a way of appreciating their lives.

As CBS News correspondent Celia Hatton reports, they go so far as to get sealed into coffins for 15 minutes and have gravel thrown on them.

Making Your Own Funeral Tribute Video

Many baby boomers are forgetting about traditional home videos and opting for elaborate, high-end productions to share with future generations. And they're spending big bucks while they're at it!

CBS News correspondent Ben Tracy told the story of Jack Susser, who set out to make a tribute video and ended up starring in a $75,000 short film!

Boomers are at the forefront of the movement, as Tracy explained.

He spoke with someone who might best be described as a "funeral concierge" -- Mark Duffey, who runs Everest Funeral Planning. Tracy also chatted with two people who already know just how they want to go to the Great Beyond. To see that Tracy report,

Then, he took viewers to "Big Mama's Kitchen" at the Wade Funeral Home in St. Louis. You can't cook there -- the room is actually a set -- but the kitchen-like design has helped make mourners feel more at home. Tracy and Wade's director, Debora Kellom, also walked viewers through Wade's sports-themed room. To view the walkthroughs,

In New York, The Early Show's Russ Mitchell and Maggie Rodriguez displayed a Harley-Davidson hearse, and a casket that's also a couch!

For more information, check out these sites: