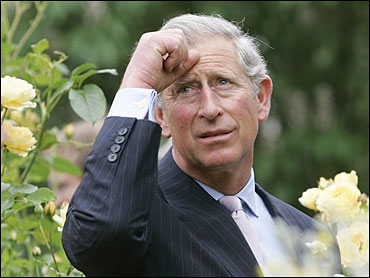 As Congress and the public began to choose sides in the energy debate, President Bush marched forward Friday with some plans that don't need congressional approval.

Mr. Bush ordered all federal agencies, before they issue any kind of regulations, to consider their impact on energy supplies, and to expedite permits so that energy projects don't get "snarled in bureaucratic tangles as local governments or entrepreneurs seek permit after permit from agency after agency."

"The statement of energy impact is not a red light preventing any agency from taking any action. It is a yellow light that says pause and think before you make decisions that squeeze consumers' pocketbooks, that may cause energy shortages or that may make us more dependent on foreign energy," Mr. Bush said.

The president signed the executive orders after checking out a fish elevator designed to minimize the habitat disruption at a hydroelectric project along the Susquehanna River a trip outside Washington meant to underscore his argument that conservation is compatible with his call for massively increased oil, coal and nuclear energy development.

"This dam is a symbol of the new age of environmental possibilities," Mr. Bush told an assembly gathered outside the Safe Harbor Corporation project at the river's edge.

Even as he highlighted hydroelectric power, the president admitted his own doubt that such so-called renewable energy sources, including solar and wind power, can ever replace oil and gas.

"I hope someday that these renewables will be the dominant source of energy in America. I'm not so sure how realistic that is," Mr. Bush said.

As the president travels the nation trying to build support, signs of deep divisions on energy are abundant, foreshadowing a bitter debatin Congress on the many items in Mr. Bush's plan that will require lawmakers' approval.

Upstream from the Conestoga project, the Sierra Club was rallying at the Three Mile Island nuclear power plant, site of a reactor meltdown two decades ago. "Wouldn't a trip to Three Mile Island be more honest?" read an ad that the club ran in local newspapers.

Some 200 protesters demonstrated outside Mr. Bush's speech Thursday in St. Paul, Minn., criticizing him for underemphasizing alternative energy sources such as solar power. Another 50 stood outside a remote energy research facility he visited in Nevada, Iowa; One person hoisted a sign that read, "Bush-Cheney: Fossil Fools."

Democrats are lining up to oppose the policy developed under the direction of Cheney, a former oil company executive, as a boon to Mr. Bush's industry allies, a threat to the nation's air, land and water, and an inadequate answer to immediate U.S. energy problems.

In power-strapped California, Democratic Gov. Gray Davis accused Mr. Bush of "turning a blind eye to the bleeding and hemorrhaging that exists in this state."

However, the natural gas, electric, nuclear and coal industries embraced the report. So did the oil interests, although the American Petroleum Institute said it was disappointed the White House task force did not specifically recommend easing investment and trade sanctions for U.S. oil firms to develop supplies in Iran and Libya.

Senate Majority Leader Trent Lott, R-Miss., said he hoped to have energy legislation up for a Senate vote this summer, but also acknowledged some of it "will be hotly debated."

"If we fail to act, Americans will face more and more widespread blackouts … our country will become more reliant on foreign crude oil," the president said Thursday in Minnesota.

The blueprint cites a "fundamental imbalance between supply and demand" and depicts a gloomy energy picture, including high gasoline and electricity prices across much of the country, soaring natural gas prices causing havoc with farmers and the possibility of power blackouts in the West and Northeast.

"America needs an energy plan that faces up to our energy challenges and meets them," Mr. Bush said.

He also encourages conservation, setting aside most of the $5 billion in new tax incentives for people who buy energy-efficient cars or use alternative energies. The new policy statement also orders review of fuel economy standards, and whether they're strict enough.

But the report proposes little to address this summer's soaring gasoline prices or Western electricity shortages. And it tilts heavily toward expanding the production and use of coal, gas, and nuclear energy.

The report includes several proposals sure to trigger sharp debate in Congress, including drilling for oil in an Arctic wildlife refuge and possibly reviving nuclear fuel reprocessing, which was abandoned in the 1970s as a nuclear proliferation threat.