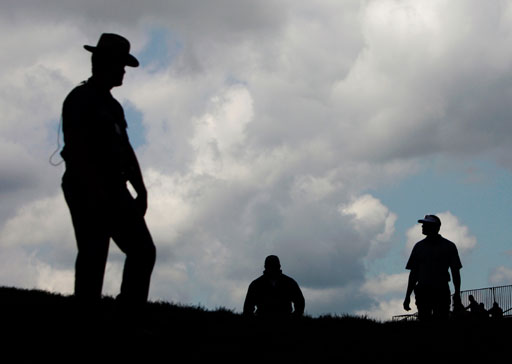 Martin Frankel, the financier accused of stealing more than $200 million from insurance companies and using the money to live like an outlaw Hugh Hefner in his Greenwich mansion, pleaded guilty Wednesday to 24 federal corruption charges.

Frankel could face up to 150 years in prison and $6.5 million in fines, but prosecutors said they would support a lower sentence if he helps recover missing money. He was originally indicted on 36 counts.

Appearing pale and gaunt, Frankel answered politely "yes" or "no" as he was led through the plea agreement by U.S. District Judge Ellen Bree Burns.

He admitted to 20 counts of wire fraud and single counts of securities fraud, racketeering, racketeering conspiracy and forfeiture. Prosecutors said Frankel owes $208 million in restitution, an amount that could be reduced if he cooperates.

Frankel was accused of gaining control of small insurance companies in Arkansas, Mississippi, Missouri, Oklahoma and Tennessee and stealing cash from the company reserves.

He ran the insurance empire from a two-mansion compound in Greenwich and spent the money on private planes, luxury cars, expensive wines and gifts for women he met through personals ads and other means.

He fled the country in May 1999, leaving behind piles of smoldering documents. Among the papers, authorities said, was a to-do list which included as item No. 1 "launder money." Also discovered was an astrological chart intended to answer the question, "Will I go to prison?"

Four months later, Frankel was found at a hotel in Hamburg, Germany, allegedly with nine fake passports and 547 diamonds. He was returned to the United States last year.

Three others charged in the Frankel indictment are awaiting trial: aides Mona Kim and Sonia Howe, and accountant Gary Atnip. Another aide, German national Kaethe Schuchter, is wanted by the FBI.

An Italian monsignor with ties to the Vatican is also accused of trying to use his connections to launder stolen insurance company money through a bogus charity Frankel set up.

Msgr. Emilio Colagiovanni is charged with wire fraud and conspiracy to commit money laundering. Under an agreement with prosecutors, he is being detained in the United States and is living with a cousin in Ohio.

State insurance regulators are seeking more than $600 million in damages from Frankel in civil cases, and they have also sued the Vatican, alleging the church was involved in Frankel's schemes.

The federal lawsuit, filed last week by the commissioners of Mississippi, Tennessee, Missouri, Oklahoma and Arkansas, accuses the Vatican and Colagiovanni of racketeering and fraud.

The Vatican has denied any involvement in the scheme. Vatican spokesman Joaquin Navarro-Valls said Wednesday that at the time of the alleged scheme, Colagiovanni was a retired priest no longer holding any Vatican office and was acting "as a private Italian citizen."