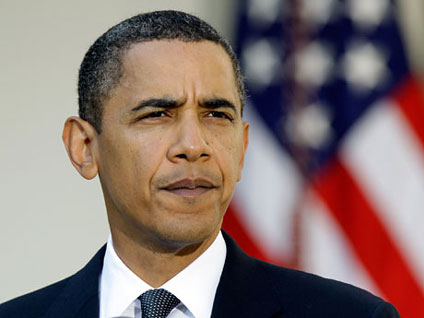 A jury convicted the fugitive heir to the Max Factor cosmetics fortune on charges of raping three women and drugging two of them at his beach house.

Andrew Luster, who fled in the middle of his trial while under house arrest, was found guilty Tuesday of 86 counts that included rape, sodomy, drug and weapons possession and poisoning. The jury deadlocked on one count of poisoning one of the victims.

The conviction could put Luster, the 39-year-old great-grandson of Max Factor, in prison for life — if he is captured.

"I have no idea where he is," Luster's attorney Roger Diamond told CBS News Early Show co-anchor Rene Syler. "His departure was a total surprise to me."

Prosecutors said Luster took the three women to his Mussel Shoals home in 1996, 1997 and 2000 and raped them after drugging them with gamma hydroxybutyrate, also known as GHB — or the date-rape drug — and liquid Ecstasy.

Luster was arrested in 2000 after a 21-year-old college student told police he had drugged and assaulted her.

During a search of his home, authorities said they found videotapes of Luster apparently having sex with sleeping or unconscious women. Two women in the tapes testified at trial that they willingly took drinks laced with GHB from Luster but never consented to sex.

"I have never seen a piece of evidence that would equal the power of those videotapes," Deputy District Attorney Maeve Fox said. "They are the most shocking and disturbing things that you will ever see."

The defense argued the sex was consensual, and that the women were pretending to be asleep to help Luster film pornographic movies.

In an exclusive interview with CBS News' 48 Hours before he disappeared, Luster painted the tapes as innocent fun.

"It's one of those fun kind of things you do, you know?" he said. "Break out the video camera, put it on a tripod, let's see what it looks like. Let's videotape ourselves, then watch it. It's fun. A lot of couples do it. It's no big deal."

Some of the women testified otherwise, but in the interview, Luster insisted the women agreed to go along.

"Everything that transpired between me and my girlfriends has always been consensual," he said.

"How can it be consensual if they're not even conscious?" asked CBS News Correspondent Troy Roberts.

"Like I said, everything I've ever done with my girlfriends has always been consensual," replied Luster.

However, prosecutors argued an unconscious person cannot give consent, and the videos showed women so drugged they had trouble breathing.

Luster fled Jan. 3, during a recess in the trial.

Judge Ken Riley commented that Luster's flight was well planned and he expressed regret for allowing the defendant to leave his home at times despite the objections of the prosecutor.

"I made a mistake," the judge said. "I probably gave Mr. Luster probably an eight- or 12-hour head start on us. His disappearance was well-planned, well-financed and helped by some other parties."

Outside court, Diamond urged his client to turn himself in. "He has a very good case on appeal, but as a fugitive he has no right to appeal," Diamond said.