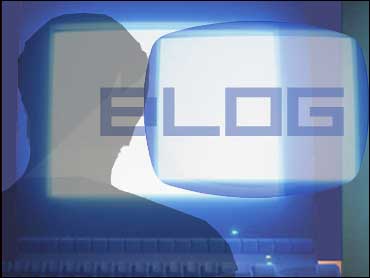 (CBS/AP)
When the Federal Trade Commission published its regulations on Monday targeting bloggers, the initial reaction was mostly positive. A PC World writer said it was "a good rule," Geek.com applauded the move as "good news for everyone," and Mashable dubbed it an idea whose "time has come."

But now that everyone had a chance to read through the FTC's somewhat-confusing 81 page Federal Register notice, the sentiment has shifted markedly. (In general, the rules mandate disclosure of relationships between bloggers and companies that pay them or supply them with products.)

Slate.com's Jack Shafer has called the rules, which take effect on December 1 and promise fines of up to $11,000, "The FTC's Mad Power Grab." Law professor Eric Goldman thinks the FTC rules conflict with a 1996 federal law, and DailyFinance.com's headline says "the FTC's truth in blogging guidelines are truly terrible." Reason's Tim Cavanaugh, to his credit, noted the problems with the FTC rules on the day they were announced, and the always-insightful Walter Olson at Overlawyered.com believes the rules are far too broad.

Let's stipulate that "payola" and cash-for-blogging exist, though I don't know how extensive they are in practice. And some dodgy gadget review sites may receive products on, ah, permanent loan from their manufacturers, although ethical ones like our sister site CNET.com have an unambiguous published policy saying that if they receive a temporary review unit, "once we've completed our review, the products are returned."

But just because some Web sites are less than ethical doesn't mean the new regulations are sound. One thing that's irked many bloggers is that the FTC regulations -- while technically only a "guide," guidance from an agency with the ability to file lawsuits amounts to regulation -- apply to blogs but not traditional news media. Page 47 of the rules acknowledges "that bloggers may be subject to different disclosure requirements than reviewers in traditional media."

Which leads to plenty of unanswered questions:

- Do the rules apply to writers who are online-only bloggers for sites like NYTimes.com and WashingtonPost.com and don't contribute to the print publication? How about online-only sites like CNET.com and Gizmodo.com? (The regulations explicitly exempt only a "newspaper, magazine, or television or radio station with independent editorial responsibility," not online news organizations or wire services.)

- How to disclose affiliations in the cramped space that Twitter provides? (The FTC confirms that the regulations do apply to a "social networking service," but says only that "there are ways to abbreviate a disclosure that fit within 140 characters," which is not terribly helpful.)

- Do restaurant employees posting truthful statements about their employer on Yelp.com need to disclose their affiliations? The FTC seems to think so, according to AdAge.

- Even temporary loans of an $8,000 digital camera or a $100,000 Porsche 911 Carrera 4S Cabriolet have significant value: a 911 rental in Miami goes for $2,970 a week. Must a review Web site disclose that they received a week-long loaner or face a $11,000 fine? If they must, is a standard disclosure link on each page sufficient, or does this have to be appended to each review?

- If a blogger receives a free pass to a conference like RSA, which charges as much as $2,195 for admission, must he disclose this? What if he's asked to be a speaker, but only for five minutes on a crowded panel? Was that enough to justify what amounts to a four-figure payment?

- When I write about Google, which is not that often, I voluntarily disclose that I'm married to a Google employee; other writers like AllThingsD.com's Kara Swisher have posted even longer disclosures about their Google employee-spouse connections. The FTC wants "disclosure of material connections" -- are spousal paychecks and stock options in a community property state like California "material?" Are bloggers required to disclose their spouse's employer if they're writing about that company or its competitors? How about political bloggers married to politicians or their aides?

- Must bloggers disclose when they receive free admission to political events that normally charge a fee? When I was working at Time Inc., I flew with President Clinton to a fundraiser in a posh Aspen, Colo. home -- everyone except the journalists paid a princely sum to be there.

The good folks at MediaBistro.com have compiled a list of other questions, including: Will the New York Times' "Paper Cuts" or the Los Angeles Times' "Jacket Copy" or "Shelf Life" at Entertainment Weekly be bound by the same FTC guidelines as The Elegant Variation or Smart Bitches, Trashy Books? If not, why not?

Presumably some of the answers will become clear as the FTC continues to explain what it has in mind; see, for instance, what FTC representative Richard Cleland has to say to Ed Champion. (Cleland concludes that review copies of books must be returned, and film bloggers going to screenings must disclose it because free admission counts as compensation.)

Beyond the double standard for newspapers and blogs, the real problem with the FTC's move is that it's trying to regulate a form of expression in an especially wiggly and fluid medium; if U.S. Supreme Court Justice Potter Stewart couldn't define obscenity, don't expect the FTC to be able to define what kind of speech is acceptable and which is not anytime soon.

As law professor Ann Althouse says: "the FTC is trying to make it okay by assuring us that they will be selective in deciding which writers on the Internet to pursue. That is, they've deliberately made a grotesquely overbroad rule, enough to sweep so many of us into technical violations, but we're supposed to feel soothed by the knowledge that government agents will decide who among us gets fined. No, no, no. Overbreath itself is a problem. And so is selective enforcement."

Update 1:25 p.m. ET Fri: Longtime computer industry analyst Amy Wohl asks what this means for consultants who have past, present, or future relationships with vendors they may blog about: "We are not certain where that leaves people like me who use the blogging mechanism to distribute their opinions but who are not writing for consumers, but rather for business people interested in particular concepts and technology topics." And who wants to risk a $11,000 fine to find out?

Declan McCullagh is a correspondent for CBSNews.com. He can be reached at declan@cbsnews.com. You can bookmark the Taking Liberties site here, or subscribe to the RSS feed.
View CBS News In
CBS News App Open