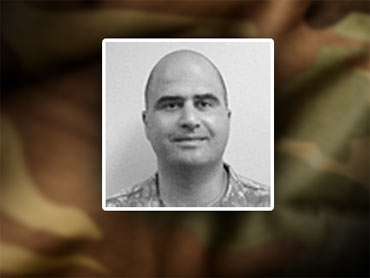 A radical cleric from whom Fort Hood shooting suspect Nidal Hasan sought counsel was rumored to be among those killed in the strikes, but two CBS News sources say that report is untrue.

The report that preacher Anwar al-Awlaki, who exchanged emails with Hasan, was killed in the early Thursday morning strikes were unconfirmed, but the village struck was reported to be Rafad, in the eastern Shabwa province. Awlaki is know to have lived in Shabwa province.

In a recent interview with AlJazeera, Awlaki denied inciting the army psychiatrist to carry out last November's deadly shootings at Fort Hood and instead pointed the finger of blame at the United States.

However, a CBS News source in Yemen, who has been in contact with Awlaki on numerous occasions, said Thursday the report of his death was "not true."

"Until yesterday, Anwar was alive," the source told CBS, adding that Thursday morning's strikes were, "far from his house and he had nothing to do with those killed."

Other sources in Yemen also said Awlaki was not living in the area targeted on Thursday morning, and that it was therefore highly unlikely he was killed in the strikes.

CBS News' Khaled Wassef says it is possible there was confusion over the name Awlaki. A regional al Qaeda leader, identified as Mohammed Saleh al-Awlaki, appeared in video Wednesday at a rare and brazen public gathering of militants in Yemen's Abyan province.

The tribal gathering in Abyan took place Tuesday in solidarity with the families of the victims who perished in the bombing of an alleged al Qaeda stronghold by the Yemeni air force on Dec. 17. Just before the end of the gathering, a vehicle carrying about 40 heavily armed men arrived; one of them leapt to the roof of the vehicle and addressed the crowd, vowing to avenge the killing of all the innocent victims.

The unidentified militant addressed the Yemeni army, saying: "You are not our enemies. Our enemy is America and the puppet regime. You should not stand between us and America and the regime if you want to be safe."

The al Qaeda militants at the Tuesday meeting managed to leave unchallenged, despite the heavy presence of Yemeni soldiers and security agents. Al Qaeda sympathizers hailed the public muscle-flexing as a major moral victory and posted links of Aljazeera video of the meeting on social networking sites.

On Dec. 17, Yemeni forces struck suspected al Qaeda hide-outs and training sites, killing at least 34 militants. Witnesses, however, put the number killed at over 60 in the heaviest strike and said the dead were mostly civilians.

The Pentagon recently confirmed it is has poured nearly $70 million in military aid to Yemen this year, a massive financial infusion aimed at eliminating the expanding al Qaeda safe havens in that country.

A secretive U.S. air strike last week was part of the fast-growing campaign to better equip and fund Yemeni forces. The increased spending compares with no spending in 2008.

Yemen's deputy defense minister, Rashad al-Alaimy, confirmed that U.S. and Saudi assistance had been key to the latest strikes against al Qaeda.

"Yemeni security forces carried out the operations using intelligence aid from Saudi Arabia and the United States of America in our fight against terrorism," he told Parliament on Wednesday.

Much like the effort with Pakistan's Frontier Corps, the U.S. military has boosted its counterterrorism training for Yemeni forces, and is providing more intelligence, which probably includes surveillance by unmanned drones, according to U.S. officials and analysts.

The Yemeni Interior Ministry said 25 suspected al Qaeda members were arrested Wednesday in San'a and it has set up checkpoints in the capital to control traffic flow as part of a campaign to clamp down on terrorism.

On Dec. 17, warplanes and security forces on the ground attacked what authorities said was an al Qaeda training camp in the area of Mahsad in the southern province of Abyan. Saleh el-Shamsy, a provincial security official, said at least 30 suspected militants were killed. Witnesses, however, put the number killed at over 60 in the heaviest strike and said the dead were mostly civilians.

The United States has repeatedly called on Yemen to take stronger action against al Qaeda, whose fighters have taken advantage of the central government's weakness and increasingly found refuge here in the past year. Worries over the growing presence are compounded by fears that Yemen could collapse into turmoil from its multiple conflicts and increasing poverty and become another Afghanistan, giving the militants even freer reign.

The country was scene of one of al Qaeda's most dramatic pre-9/11 attacks, the 2000 suicide bombing of the destroyer USS Cole off the Aden coast that killed 17 American sailors. The government allied itself with Washington in the war on terror, but U.S officials have complained that it often strikes deals with militants.