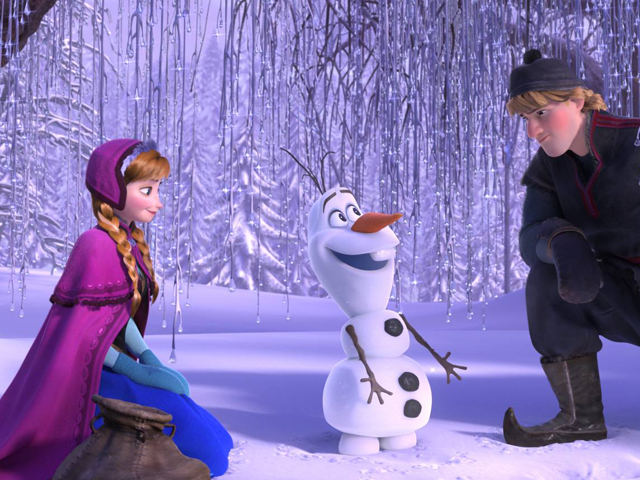 In its second weekend at the box office, the Disney animated tale "Frozen" finally cooled off "The Hunger Games: Catching Fire," while the week's lone new wide-release "Out of the Furnace" wasn't a match for either blockbuster.

According to studio estimates Sunday, "Frozen" led the multiplexes with a haul of $31.6 million over the weekend, taking over the top spot from "Catching Fire." Lionsgate's "Hunger Games" sequel had topped the box office for the last two weeks, but slid to second with $27 million in its third week of release.

Relativity Media's steel-town drama "Out of the Furnace," starring Christian Bale and Casey Affleck, posed no challenge for the bigger blockbuster holdovers. It opened with $5.3 million, good enough for third place on what's typically a quiet early December weekend, sandwiched between Thanksgiving and the coming holiday season releases.

But it was an excellent weekend for Hollywood, with box office up 16.9 percent over the same weekend last year. Opening in a limited release of four theaters, the Coen brothers' folk tale "Inside Llewyn Davis" also had one of the year's highest per-theater averages of $100,500 for CBS Films.

Dergarabedian expects next week's big release, Warner Bros.' "The Hobbit: The Desolation of Smaug," to open in the neighborhood of Peter Jackson's first "Hobbit" film, "An Unexpected Journey," which debuted with $84.6 million last year. This weekend's new releases were minimal since "The Hobbit" is expected to dominate the marketplace next weekend.

Both "Frozen" and "Catching Fire" continued to show legs around the world. "Catching Fire" added $44.3 million internationally, bringing its global cumulative total to $673.4 million over four weeks. With many millions still to come, "Catching Fire" has already almost equaled the $691.2 million worldwide of the 2012 original.

"Frozen," too, has found strong business abroad. It added $30.6 million internationally over the weekend.

Kristen Bell, who voices a character in the film told CBS News that her new animated role is unlike any traditional Disney princess, calling her character a “weirdo” princess.

In its second week of limited release, the Weinstein Co.'s biopic "Mandela: Long Walk to Freedom," starring Idris Elba, continued to play in four theaters, earning an average of $19,400 per-theater. The Weinstein Co. has said it's not altering the movie's release following the death of South African leader Nelson Mandela on Thursday. "Mandela" opens wide on Christmas.