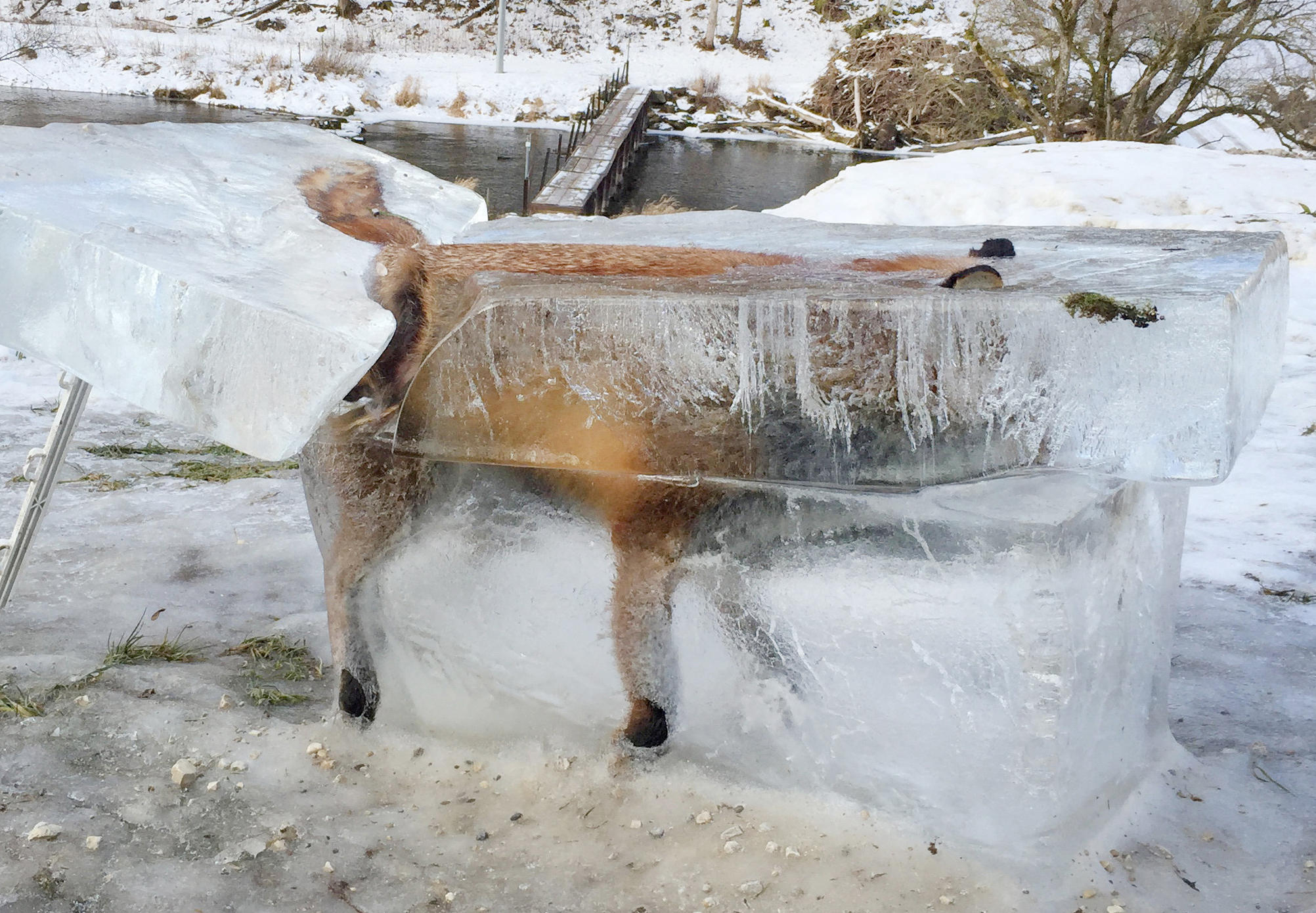 BERLIN -- A hunter in Germany has put on show a block of ice containing a fox that he says fell into the chilly Danube and drowned, in what he calls a warning of the dangers of the icy river.

Franz Stehle told news agency dpa on Friday that the block containing the fox was extracted from the ice on Jan. 2 and put on display outside his family’s hotel in Fridingen. The town is on the upper reaches of the Danube, close to its source in southwestern Germany.

Stehle says it’s not unusual for animals to break through the frozen surface of the river in winter. He says he’s seen a frozen deer and wild boar before.

In November, two moose were found frozen -- seemingly locked in combat -- in Alaska.