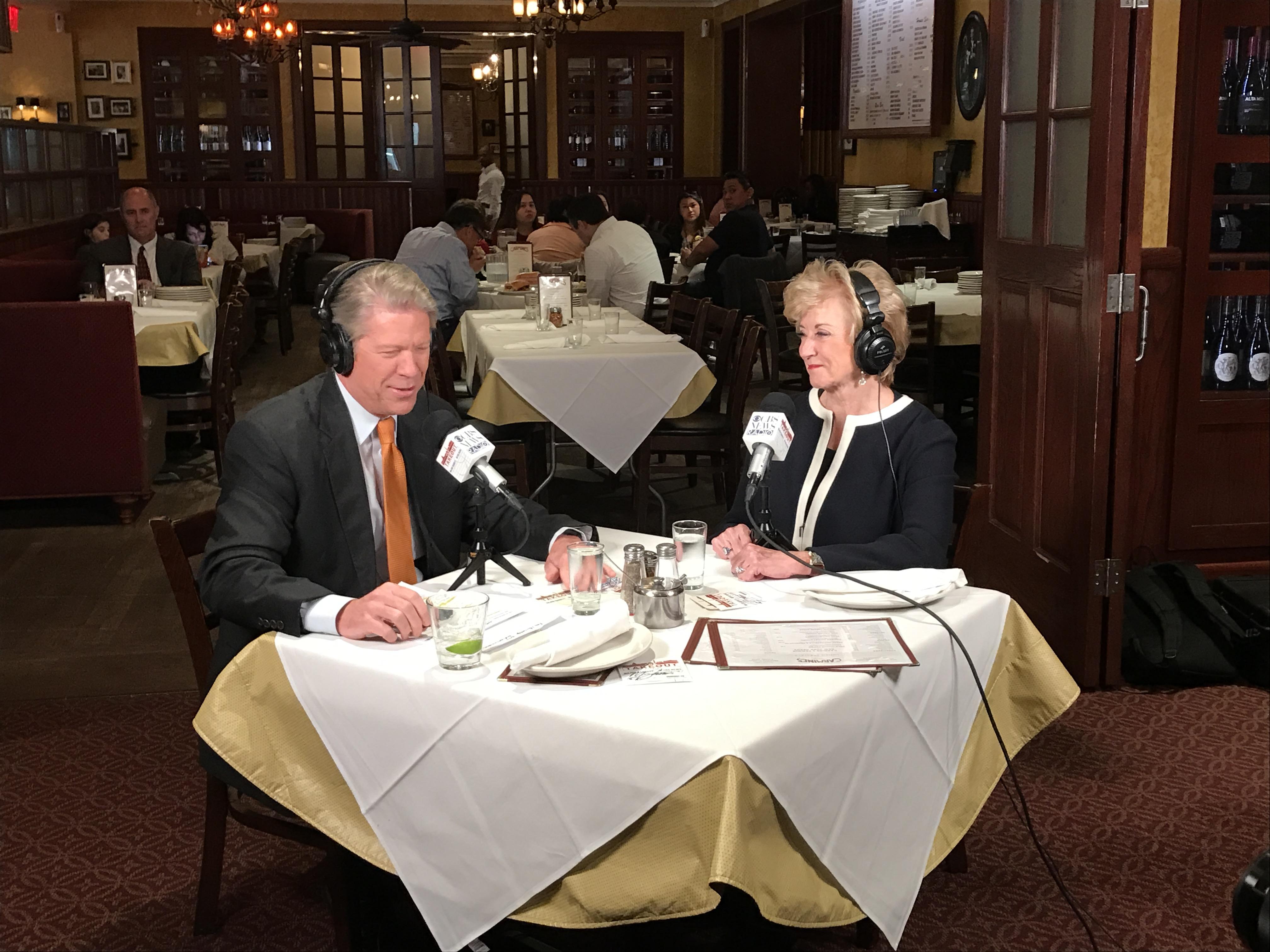 The woman who's now the nation's the small business administrator first met Donald Trump more than twenty years ago at a Rolling Stones concert.

"We just had fun," Linda McMahon recalled, in an interview with host Major Garrett on the latest episode of "The Takeout." "It was great to be there with him and we enjoyed it very much."

Mr. Trump had invited McMahon's husband and wrestling entertainment guru, Vince McMahon, to attend with him. Over the next twenty years, their friendship grew -- peppered by the odd appearance of the ultimate showman - Donald Trump himself - at WWE events.

"We weren't expecting that we were...building this business friendship with someone who was ultimately going to be president of the United States," McMahon said. "But, boy, when he was running, we were clearly behind him."

By one count, the McMahons have donated 68 million dollars to political causes in the last decade, and are among Mr. Trump's most prolific campaign donors. According to OpenSecrets.org, an authoritative tracker of campaign contributions, Linda McMahon donated $6 million between August and September of 2016 to "Rebuilding America Now," a super PAC that supported Trump for president.

So, what's it like to sit in one of his Cabinet meetings? McMahon says that after he makes his remarks to the press and reporters leave the room, it's "down to business."

"He is incredibly cordial in the Cabinet meetings. He is very respectful of everyone in the room," McMahon says. "He wants to convey what his message is. He wants to hear from us."

"We do convene and collaborate, and it's an open forum to talk and ask what you would want."

She may be a multimillionaire now, but McMahon once faced bankruptcy, had her car repossessed from her driveway, and her house auctioned off, so she has a deep understanding of the challenges business owners endure.

It's not about falling down, "but how you get back up," McMahon said. It's a message she is hoping will resonate with others with during National Small Businesses Week, which starts April 29.