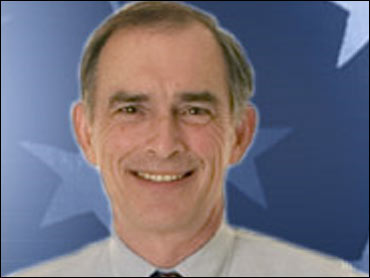 Once an international pop star, Curtis Stigers is now back to his first love: jazz.

The singer, songwriter and saxophonist stopped by The Saturday Early Show's Second Cup Café to perform some singles from his latest album, "You Inspire Me."

As a Boise, Idaho, teenager, Stigers played the clarinet and drums. He then took on the saxophone and singing -- working with jazz greats such as pianist Gene Harris.

In 1987, Stigers set off for New York City. He began a regular engagement at Wilson's on Manhattan's Upper West Side, that led to a recording contract with Arista Records. His self-titled debut, released in 1991, sold nearly 2 million copies and spawned several pop and soul hit singles, including "I Wonder Why."

The singer also scored a major success in 1992 with the Nick Lowe song "(What's So Funny 'Bout) Peace, Love and Understanding," included on the soundtrack to "The Bodyguard."

In 2001, Stigers returned to his jazz roots with the release of "Baby Plays Around," in which he covered jazz standards. Stigers' second release for Concord Records, "Secret Heart," had a diverse mix of originals and selections from acclaimed songwriters such as Steve Earle, Randy Newman, Cole Porter and Johnny Mercer.

For his third Concord release, "You Inspire Me," Stigers transforms songs from the worlds of pop, folk and country music, into tunes with a jazz twist. It includes his renditions of works from composers Billy Joel, Randy Newman, John Lennon, Ray Davies, Joe Jackson, Nick Lowe, Bob Dylan, Merle Haggard, among others.
The Sunday Times of London named "You Inspire Me" the #1 jazz album of 2003.