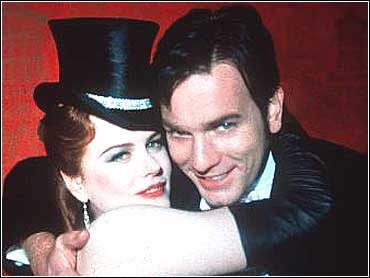 U.S. troops in Afghanistan are getting a morale boost from Hollywood.

Steven Spielberg, Tom Hanks and USO showman Johnny Grant, the honorary mayor of Hollywood, are sending videotapes of this year's best picture Oscar nominees to Afghanistan for U.S. soldiers to view. The videos were scheduled to leave Wednesday aboard a military plane.

Videos of the Oscar-nominated movies - "A Beautiful Mind," "Gosford Park," "In the Bedroom," "The Lord of the Rings: The Fellowship of the Ring" and "Moulin Rouge" - will be viewed as part of Grant's Foxhole Premieres program.

Foxhole Premieres have been seen by troops serving in Korea, Vietnam, Beirut, the Gulf, Bosnia and Kosovo.

On Wednesday, Grant will deliver the videos to an Air Force transport at March Air Force Base, 70 miles east of Los Angeles.

The box-office booty will also include videos from Spielberg, Hanks and a special collection of Bob Hope's classic comedies and Christmas specials from the Vietnam era.

"The USO and America's military personnel have served side by side in war and peace since the early days of World War II," Grant said. "Hollywood has always been an important part of the mix and we intend to help keep that spirit and moral support alive."