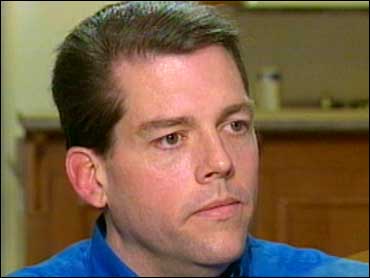 Not long ago Fred Anderson was big, unhealthy and unhappy. Today, at 36, he is the picture of health after dropping an almost unbelievable 171 pounds.

Anderson says, "What I accomplished was doing something that I should have always been doing but yet, I'll admit, I like to see myself in the mirror a little more these days."

There was a time Anderson did not like looking in the mirror at all.

He says, "It's amazing how little you look at yourself when you get that big. You go out of your way; you cut your eyes to either side, when you're brushing your teeth, you turn your back. You don't like the reminders that you're that big."

At his maximum weight, he says he was 371 pounds. It was May of 2000 - Anderson was battling diabetes and couldn't walk a block without resting; then on TV he saw a fellow diabetic have a limb amputated. Cold turkey, Anderson stopped eating sugar.

Now it's fruit, meat and grains instead of fast food. Earlier attempts to lose weight hadn't worked. But this time, in six months, Anderson lost 100 pounds; his wife, 125. But don't call this a diet.

Anderson says, "I don't like that word because when people say they're on a diet, it means they can be off a diet and my big focus is to eat for my health."

He also exercises regularly. "Five days a week for about half an hour a day," he notes.

And he runs a couple of miles several times a week.

Anderson's decision to lose weight was not so much about vanity, but about his happiness and health.

Dr. Judy Rawls, Anderson's physician, notes, "I didn't say to him you're going to die from this; you have to lose weight tomorrow."

But Dr. Rawls did tell him his diabetes was only the beginning of some serious health risks.

She says, "I told him from the beginning that if he lost the weight he wouldn't have diabetes anymore."

His diabetes is gone and his cholesterol level is low. He says, "It was in the 150s last time they checked it."

As for any other health problems, he says he has none. Holding up his old pants, he says, "My pants were 54s before. These are 36s."

In two years, Anderson lost 171 pounds, plus the 3 to 4 pounds of skin he had surgically removed. And he gained a legion of followers.

From the beginning, on his Web site then called onefatman.com, Anderson kept a diary, which became a self-published book, "From Chunk to Hunk."

Anderson still indulges once a week on junk food Friday. But with no pills, no diets, no bull, Anderson is half the man he used to be, yet stronger, happier, and healthier.