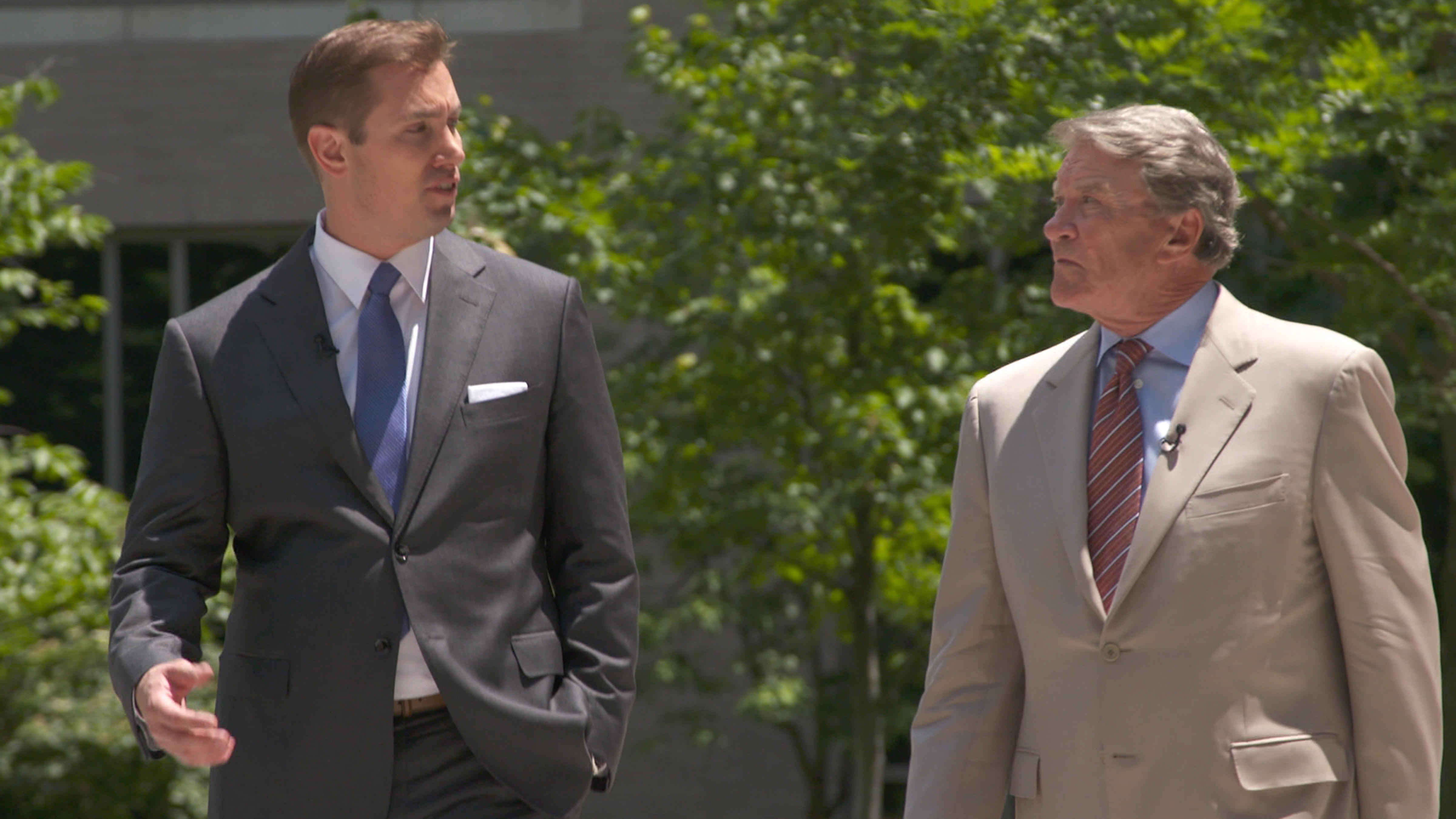 When Shon Hopwood discovered he had a brilliant law mind, he was serving a long prison sentence for armed bank robbery. But Hopwood was an exception among the countless "jailhouse lawyers" who study the law after breaking it.  He was so good, that a case he prepared was argued before the U.S. Supreme Court, an extremely rare feat for any lawyer, never mind one still behind bars. Hopwood has won admirers who helped him earn his degree and enter the law profession. Just recently, he was named to a coveted faculty position as an associate professor of law at Georgetown University Law Center. Steve Kroft profiles Hopwood for the next edition of 60 Minutes, Sunday, Oct. 15 at 7:30 p.m. ET and 7 p.m. PT.

Hopwood tells his unlikely story and acknowledges the odds were long, but he had help. "It was people that helped, that went out of their way to provide grace to me," he tells Kroft. "That made the difference."

Kroft speaks to some of those who championed him. A crucial contact was Seth Waxman, a prominent lawyer and former U.S. solicitor general who took the case Hopwood prepared for a fellow prisoner at the Federal Correctional Institution in Pekin, Illinois. He agreed to take it on condition that Hopwood be allowed to work on it as part of the legal team, despite the fact he was still in prison. "I wanted him to be involved because I was really curious. It seemed actually almost inconceivable that somebody with his level of education and his level of exposure to the life of the law could actually write a much better than average cert petition," says Waxman.

"It was people that helped, that went out of their way to provide grace to me. That made the difference."

They won the case in a unanimous decision and Waxman was impressed enough to become Hopwood's mentor for the rest of his sentence.  He recommended him for his first post-prison job in the law industry. It started Hopwood on the journey that included finishing his law degree, getting admitted into the law bar and on to his current prestigious post as Georgetown law professor.

Asked if he ever thought about being a professor at such an august institution, Hopwood smiles. "No, it makes me laugh hearing you say it out loud because there are days where it doesn't make sense to me and I've lived it," says Hopwood.

Kroft tells Hopwood it's hard to imagine he was once a federal convict serving time for robbing banks.  Says Hopwood, "Well, that's because the bank person robber has long been dead and gone."