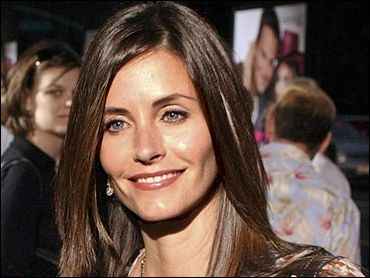 Courteney Cox Arquette has a new friend: a baby girl named Coco, according to People magazine.

The "Friends" co-star and her husband, actor David Arquette, became parents Sunday morning, the magazine reported on its Web site.

Cox Arquette's representatives did not immediately return calls for comment.

The actress, who turns 40 Tuesday, gave birth about a week before her scheduled delivery date, People said. She had checked into a hospital on Saturday.

Cox Arquette, whose "Friends" TV character struggled to have a child, has disclosed that in real life she suffered several miscarriages before her successful pregnancy.

"I get pregnant pretty easily, but I have a hard time keeping them," she said last October, revealing that she and her husband had decided to conceive by in vitro fertilization.

Cox Arquette got her first big break as a teenage dancer in a Bruce Springsteen video and later honed her sitcom skills as Michael J. Fox's girlfriend on "Family Ties."

Arquette, 32, has appeared in films including "3000 Miles to Graceland" and "Never Been Kissed." He also appeared with his wife in all three of the "Scream" movies.