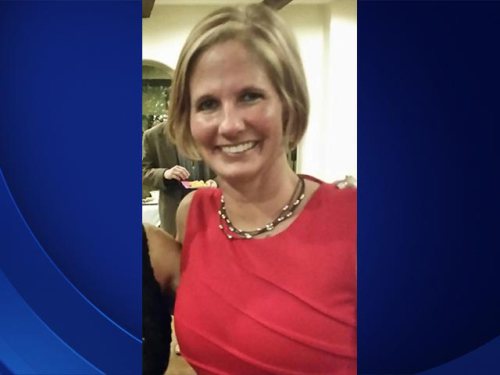 PLANO, Texas -- Friends of a Texas woman say they learned of her death when photos of her bloody body were posted to her Facebook page, reports CBS DFW.

Police say the photos of Jennifer Streit-Spears were posted by her boyfriend, Kenneth Alan Amyx, who has been arrested and charged with murder. Streit-Spears' friends were horrified to see the photos -- an image of the 43-year-old woman's body that appeared to show her throat slashed, and a selfie allegedly showing Amyx with the body -- posted for up to 36 hours before Facebook removed it.

Amyx was arrested Sunday after officers responded to a call of a disturbance at an apartment. When they arrived, they forced their way in and found the victim stabbed to death, and the suspect alive with what appeared to be self-inflicted knife wounds.

In addition to the murder charge, Amyx also faces charges of sexual abuse of a child, and is being held in jail.

Police say the images taken allegedly showing Amyx with Streit-Spears' body have been saved as evidence in the case.

"The pictures were not clear although they were extremely scary. I just started to reach out to our mutual friends to see if... anybody knew anything," said Stamey. "It's hard to think that somebody would just do something like that and have the guts to post something like that."

Stamey and other friends said they were frustrated the photos stayed on Facebook for so long, but the site told CBS DFW that the graphic images were not a violation of Facebook policy. They were ultimately removed when monitors determined Streit-Spear's profile was hacked.