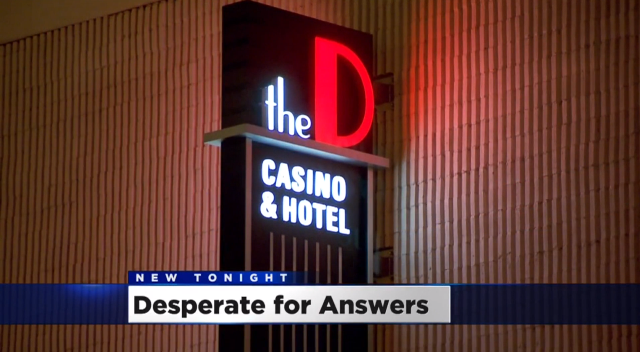 CITRUS HEIGHTS, Calif. -- A woman who went to Las Vegas to celebrate for her birthday over the weekend was found dead, reports CBS Sacramento.

Investigators say Kalli Medina-Brown was found dead early Sunday morning in the laundry chute of the D Hotel and Casino, according to the station. The cause of death is unknown, though it's being treated as a suspicious case.

The victim was reportedly in Vegas to celebrate her 27th birthday with her husband and a small group of friends.

Two of Medina-Brown's best friends -- with whom they affectionately referred to themselves as "the three Musketeers" -- spoke to CBS Sacramento.

Her childhood friends, who weren't able to make the trip, say the legal secretary was taking classes at Sacramento State and she had a generous heart and big dreams.

Sierra Roraback reflected on the last conversation with her oldest friend.

"I told her, 'I hope you have a great time. I hope you enjoy yourself, be safe; I can't wait to see you when you get back,'" she said. "We were family."

"I just ask God that she didn't hurt. That she wasn't scared. Or she didn't feel alone or helpless," she said.

Remembered as "the responsible one," Worrell says that Medina-Brown was calm and mature. Both friends suspect that the legal secretary was separated from her group.

Investigators and the medical examiners have yet to release any new information, according to CBS Sacramento. Friends and family are desperate and hoping for answers soon.